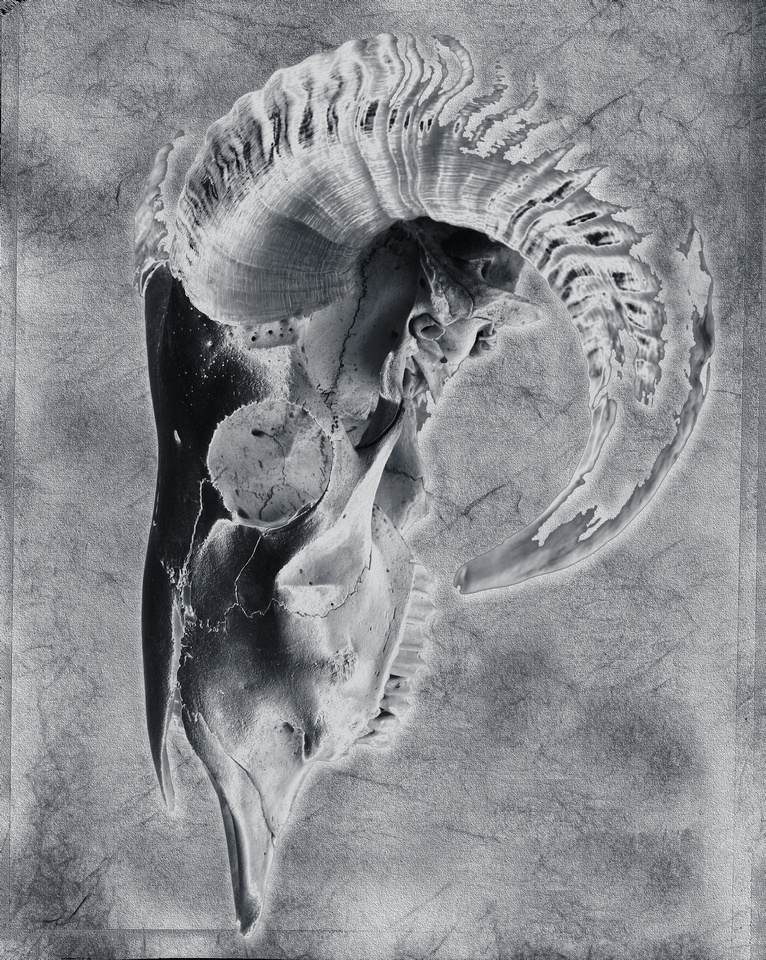 If you are following this Used Film series in order, you’ll recognize the technique I used to get this second ram’s skull image. This particular image above is actually only technically the third step in the process and not the final image (it contains the negative image of the skull, plus the negative image of the paper background itself, both “sandwiched” or layered together to be rephotographed). Obviously a negative image, this has a number of differences from the previous post. For starters, rather than opt for a pure black background (and as a negative of that, it is clear film), this time I wanted some texture and photographed separately a sheet of art paper with an “Elephant Hide” texture and placed a light behind it to accentuate the texture and lines. Art papers (really any paper) look very different when lit from the front vs. lit from behind. Lighting paper from behind is a technique I often employ. 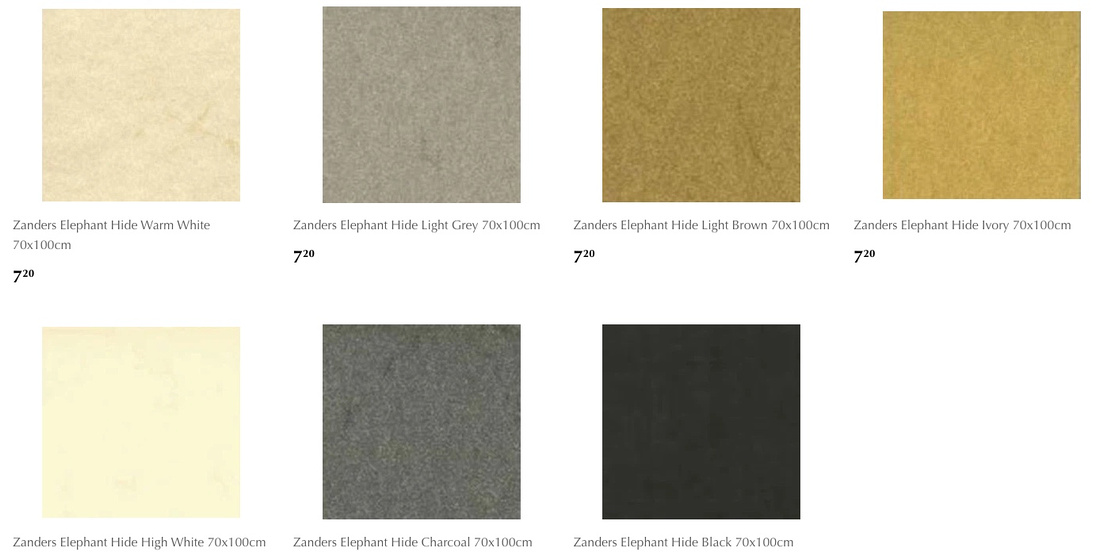 Elephant Hide art papers come in several colors and backlighting them really changes the color from front lighting. This time, I wanted to exaggerate the strength of the texture and lines, and I knew using Black & White Polaroid film the color of the paper didn’t matter. The second and perhaps more unique and “artistic” aspect of this image is the “missing parts” from the ram image. The way the horns seem to disintegrate or tear away is such a cool, random thing I did not intend. It happened during the combination of pulling the original Polaroid apart (separating the print from the negative) and in the clearing process of the gel on the negative. Some of the soft emulsion simply got torn. What I at first thought of as a ruined mistake turned out to be a cool, very unique image. Sometimes you have to be open enough to see the possibilities of “mistakes”, and be willing to allow your expectations of what something “should be” to morph into what something wants to become. Once the ram image was was clean and dried, it was “sandwiched” with the negative of the Elephant Hide (think of Photoshop with physical layers) and taped to the black mat board for re-photographing. I really loved how the background showed through the “missing” parts of the horns. One other thing of note on the background: in backlighting the paper, I used a piece of wavy glass between the light and the paper to create a more interesting quality of light & shadow. That’s a technique you’ll see more of in other posts in this series.

Now rather than sticking with the negative version, I decided a reversal was in order and instead of re-photographing on positive chrome film, I re-photographed on Type-55 Polaroid so a negative of a negative is… a positive. This is precisely what I mean by knowing the qualities of different films and how to get a certain result, to “bend to my will” the materials.
Because of my long experience working in a traditional analog darkroom since high school, I was able to look at my 4x5 large format camera as a glorified enlarger and think in alternative terms, as well as embrace the random serendipity of an organic development process that creates “flaws” that actually accentuate the whole.