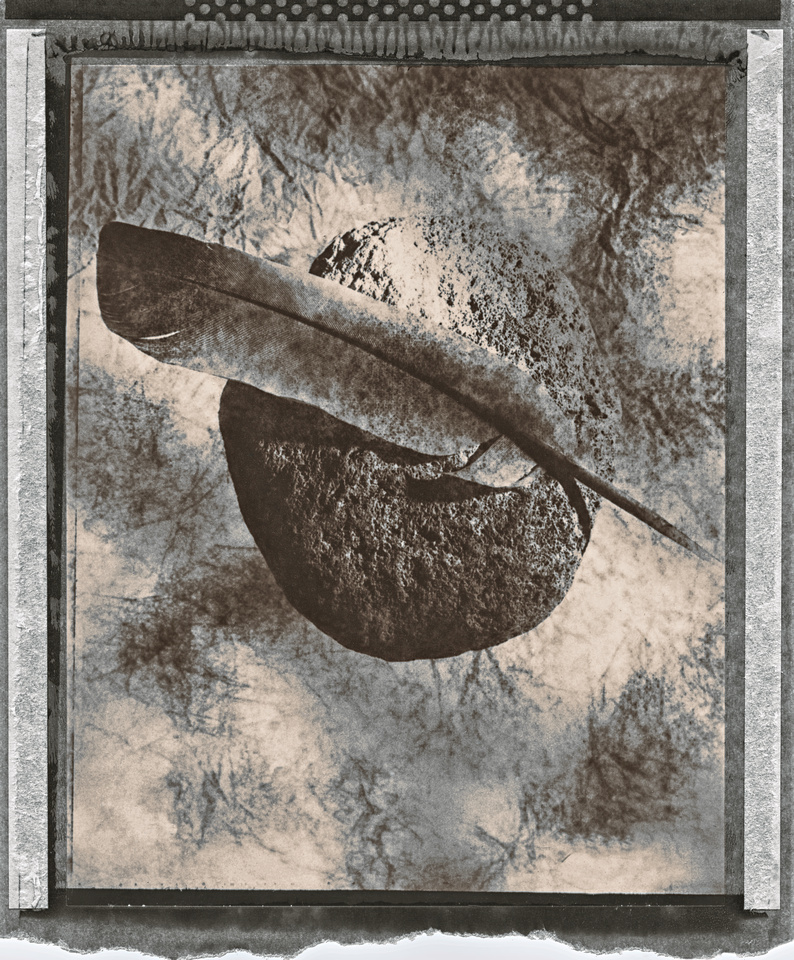 This image titled, “Feather, Stone, and Light” was inspired by the title track from the collaborative album of the same name by the Native American flautist R. Carlos Nakai. It is the literal interpretation of that instrumental piece, which I listened to while making this image. Shooting straight down on a tripod mounted 4x5 large format camera is no easy task. I started with a glass surface so I could bottom light the image, and placed a crinkled art paper on the surface as my background. Using my mini-spot hotlight to bottom/backlight the paper, I added the wavy glass between the light and the background to add more depth with light and shadow. The closer the wavy glass is to the paper, the more distinct the light and shadows are. This lighting also made the stone and feather appear to float above the surface which was important to convey. Adding a main top light for the feather and stone with another mini-spot with a snoot to control the direction of light and keep it off the paper background, allowing the bottom light to do its magic. 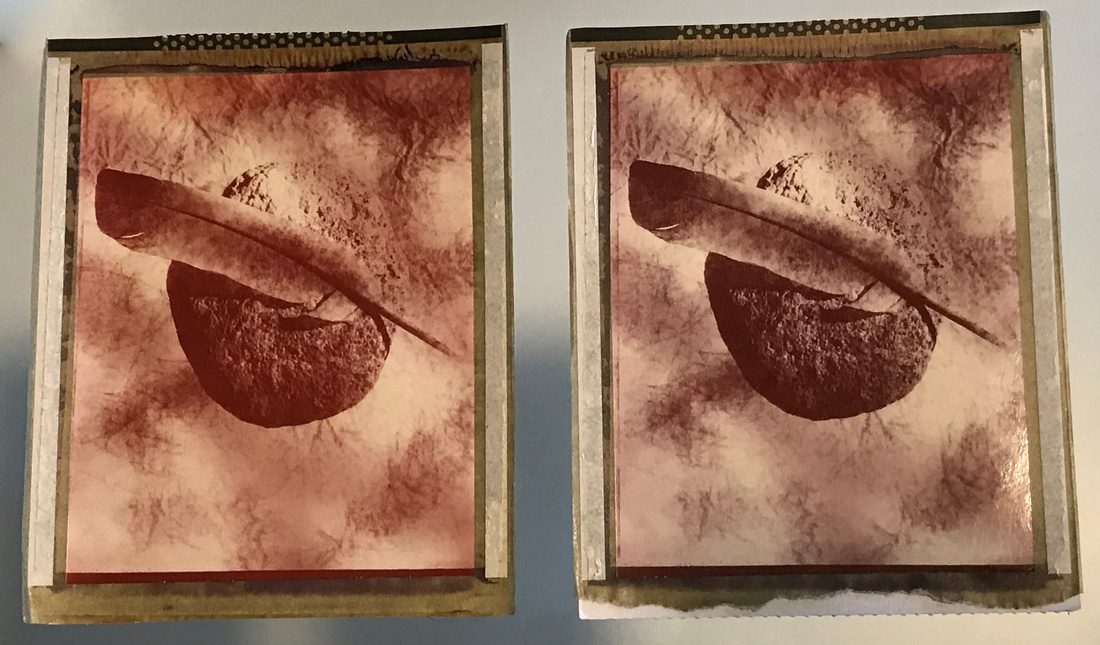 This time I chose to use a different type of 4x5 Polaroid film, Type-59 color, which only has a print image (with a positive emulsion layer) and is the medium used for creating *Polaroid Transfers which we will see in later posts. I originally was trying to create a Polaroid Transfer from this image onto water color paper, but I didn’t like the results. I started to give these “shuck” prints, discarded cast offs of the Transfer process a second look. I started to like the look of the print with its Polaroid edging. A quick aside, the Polaroid Transfer process requires the interruption of the processing time of the print at about the half-way mark (30 sec.) This makes the print a “false color” like here. As you see, different Polaroid “pulls” gives you unpredictable results around the borders as the developing chemistry spreads differently, and the act of pulling the Polaroid apart to separate the print from the emulsion layer can give you different tears. I trimmed the top border to give a cleaner look. Once I had decided to go with a print version of the image, I kept shooting Polaroid T-59 films and doing a full processing to get the right full color and until I got a pull that had edging qualities I liked.
There is a unique quality to the final image that I feel fully embodies the spirit of the music it was inspired by.