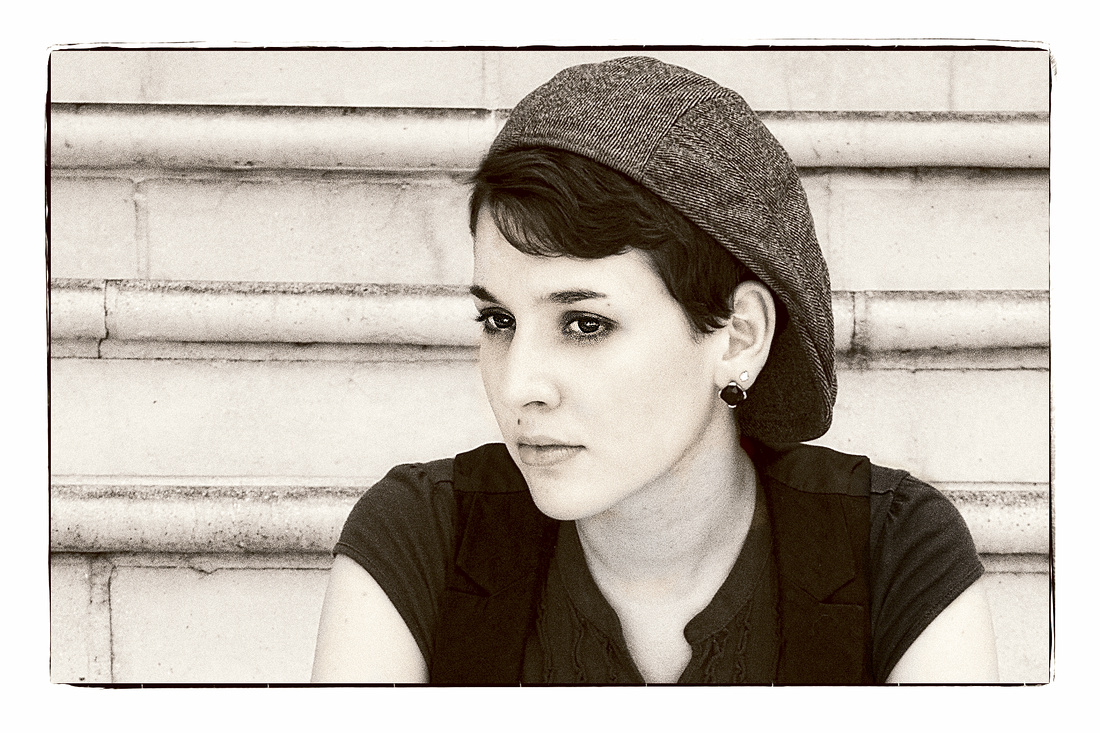 Picasso was asked, "When do you know a painting is 'finished'?," to which he is reported to have replied, "When it is signed." Now we photographers, especially those of us now working in the digital realm of the medium rarely if ever sign our work, unless perhaps we print the work. Brooks Jensen, one of my favorite people in all of photography has a wonderful podcast with short bursts of great wisdom from the depths and history of analog film photography to present. He has a lot to say on the fine art of photography and the value of providence and signing your work. That said, many today might say an image is finished when you post it somewhere online. I'm not one them. 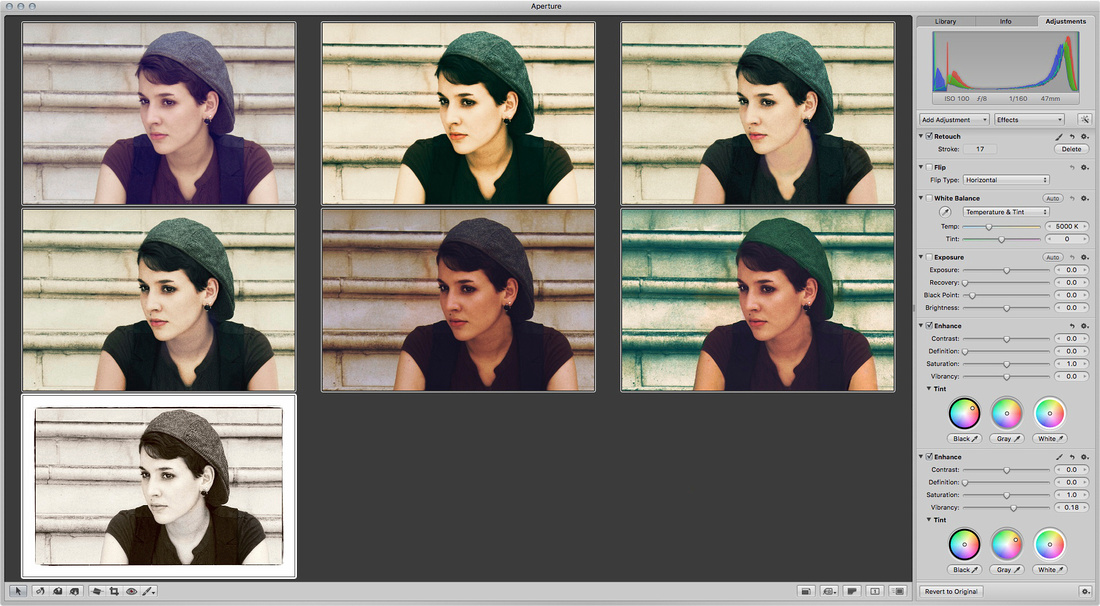 I am at heart a "noodler," an experimenter, a bit of an alchemist when it comes to images, but I've been that way ever since I stepped into an analog darkroom in high school. I love creating variations and iterations of an image, often going in very disparate directions to see what strikes me in a moment, or to see what direction an image itself wants to go. Creating new variants to experiment and compare next to each other is one of the great perks of working digitally today. 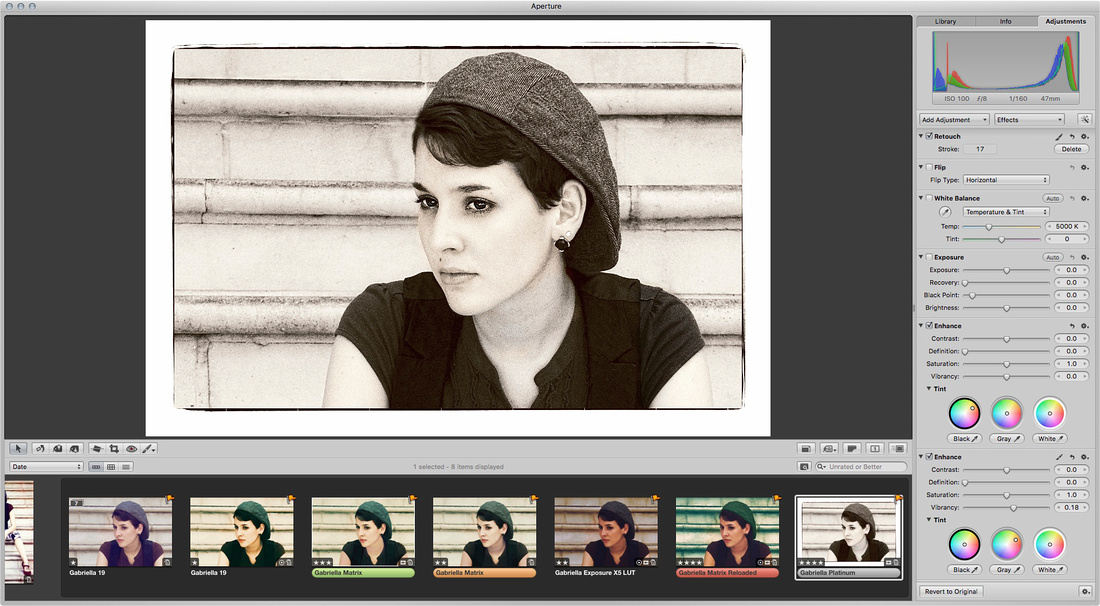 This Black & White variation is the one I have settled on for my :: ONE :: Portrait Gallery at this time. I love this variation, but I'm not ready to call the image theme finished. By the time you read this it's entirely possible a different iteration will take its place (and it has). Each variation can build off of a previous one, or you can go back to the original image and take it in a whole other direction.

Each iteration has unique processing and subtle edits in Aperture often dictated by the kind of processing in an External Editor or plugin. The very powerful Brush tool in Aperture lets me finess the after-processing from other programs. As part of my "never call it finished" mantra, I have no qualms about revisiting older images and looking into new or alternate ways to process them. Sometimes they can be images I have posted in the world, or images that never got considered but are worth a new look. 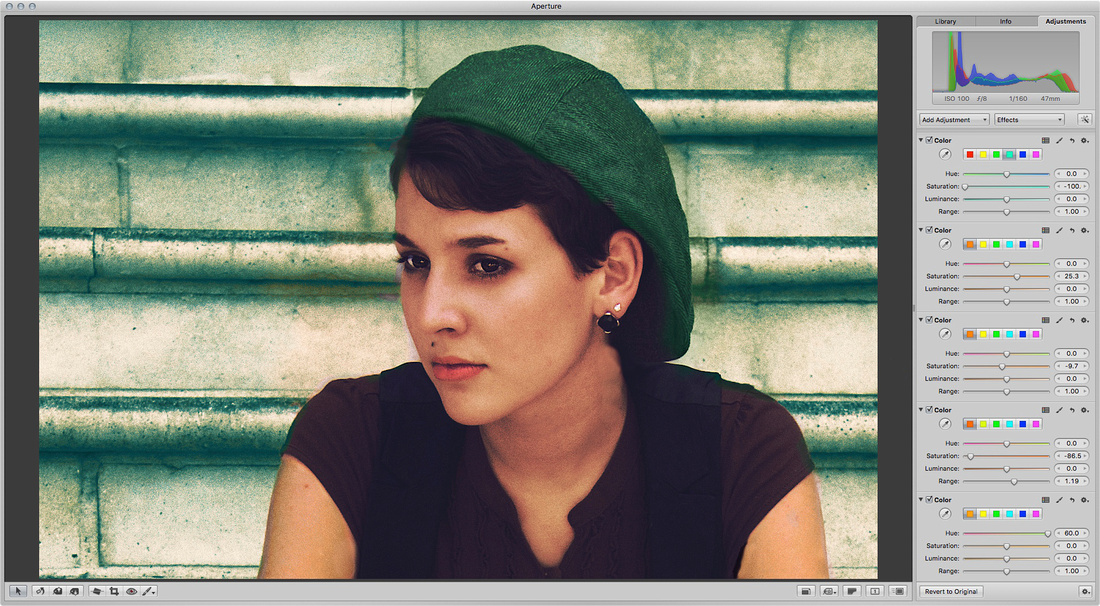 This iteration is the result of using two layered LUTs in Exposure X5 followed by some extensive Color Brush work in Aperture. For this version I used the original image to start with a clean palate. When I hit on this combo in Exposure I really felt like the image had reached its last point where I had no interest in going further, but in fact I continue to noodle with the base image, so when you visit the gallery the latest version will most likely be on display. One thing I learned about Aperture in this process is there is a limit to six Adjustment Bricks of the same adjustment, and I utilized all of them for the subtle adjustments needed.

All artists, be they painters, musicians, mixed media artists, poets or photographers have a thirst for exploration, and just like Jazz musicians as an example we make countless improvisations and variations on themes. It may be looked on as a "perfecting", although I don't believe in that ideal. I think we continue to iterate on our work and really never "finish" them, but merely abandon them. At which point perhaps they may be signed.