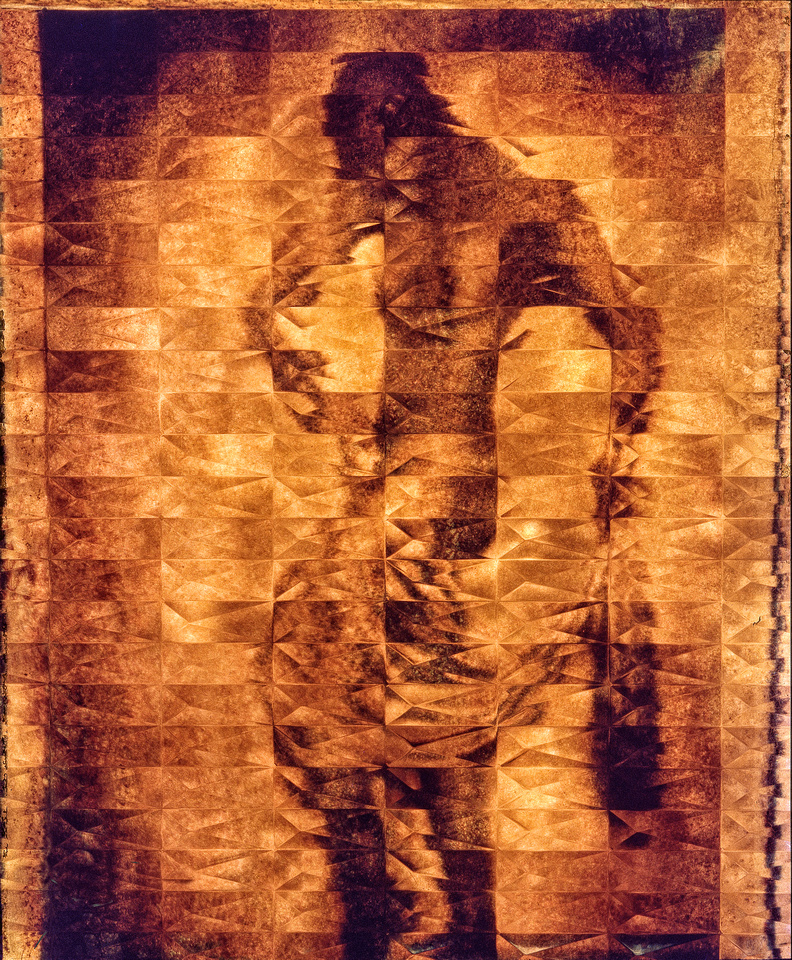 This image I’ve titled “When Picasso Met Josephine” is the last in the Used Film series, and another example of using the Polaroid Transfer process. Through this whole series of how I made the images, one thing you may catch is that re-photographing, and re-re-photographing an image on the same or different film to achieve a certain effect is something I’ve done quite often. That’s precisely how this image was created. I’m often thinking, “it needs something more, but what?” and then I set about figuring that out. 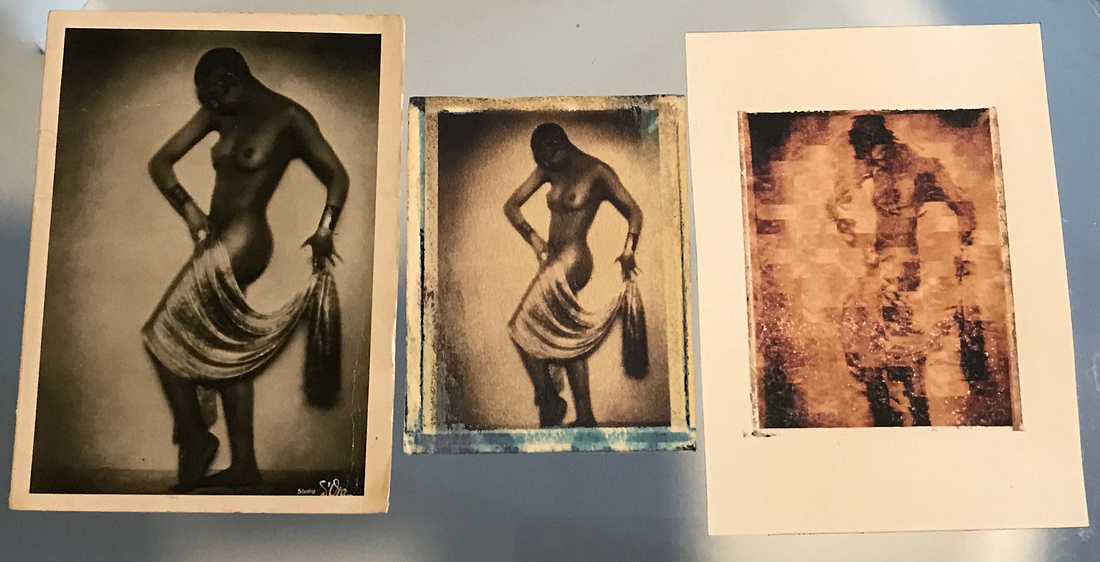 This image started as a classic image of the American entertainer Josephine Baker in Paris from the 1920s on a postcard I found in Chinatown. I’ve loved the story of Josephine’s amazing life, and when I was in my full Polaroid Transfer phase, I re-photographed the postcard to create the Polaroid Transfer, but as usual it wanted something more to make it mine. I had the Transfer with me for sometime before I stumbled on inspiration, which came to me in a supermarket of all places. 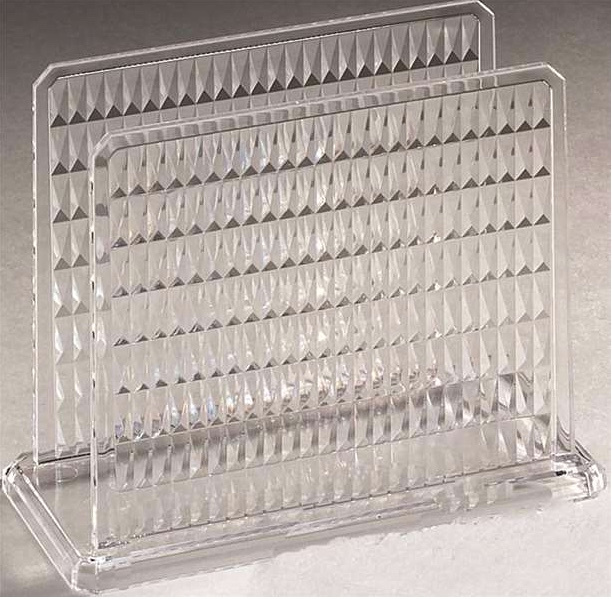 While shopping one day in the grocery store, I came down the Odds and Utensils aisle, and I noticed this clear plastic napkin holder. I’m fairly famous for looking at things in odd ways and how I can appropriate something for a purpose it was never intended for. I noticed the size of the face was close to the size of a Polaroid image, so I bought it and once home I placed the Transfer of Josephine behind the faceted plastic. A perfect fit! So with the help of an exacto blade, I scored one side and snapped off one side of the napkin holder.

I set up the prism and put the Transfer behind it, but with frontal lighting, it just didn’t look right. Once I placed the mini-spot hotlight behind and backlit the Transfer through the thick watercolor paper, it became a beautifully warm, saturated color, and the texture of the paper gave the image a more “painterly” quality. The prism created a dynamic, Cubist faceting of the image. With a little adjustment to where the facets fell on the image, I was interested in how the head/face looked like many of Picasso’s works. A slight adjustment to the placement made the image drastically different. Finally I placed the wavy glass behind the whole setup to give the final image a bit more interest with the lighting. The final result inspired the choice of title. I chose to photograph the final setup, the prism and the Transfer onto 4x5 color chrome film, as the colors and saturation made a much stronger image than if I created another Polaroid Transfer with its more muted pallet (which I did)