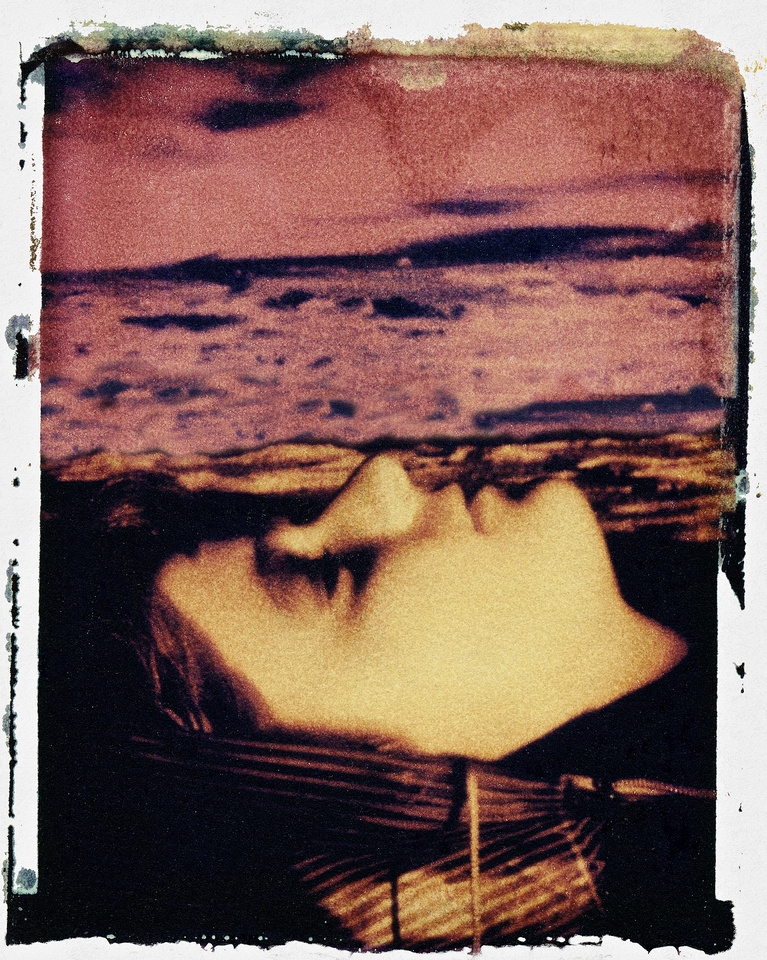 So now we get to the place with Polaroid film where I spent the most time to master, the famous Polaroid Transfer technique. This particular technique involves using the Type-59 Polaroid 4x5 film and “transferring” the image from the Polaroid substrate to a watercolor paper substrate.
A wee bit history: Before Polaroid Transfers became widely popular, there were a few photographers who knew the technique, but in those days most photographers were not in the sharing mood when it came to “trade secrets.” I had a photographer friend who was doing Polaroid Transfers for clients, but he refused to share how it was done, lest I steal his thunder. All I knew at the time was it involved using Type-59 film and the image was transferred to watercolor paper. None of my attempts were any good. I was missing something. So I got a number for the Polaroid Corporation and I called. The fellow I spoke to said Polaroid didn’t know much about the technique at the time, but they were aware of it as a fine art use. He did say it involved watercolor paper, which I knew, but he then threw in that the paper had to be wet for the image to transfer. Aha! The missing ingredient. I had been trying to transfer to dry watercolor paper.

So with renewed info, I spent a considerable amount of time perfecting my technique and refining my process. I discovered you can get the paper too wet and ruin the Transfer. You need just enough as applied with a sponge, then when the image is shot and the Polaroid processing has begun, you have 30sec. to pull the Polaroid open, separate the emulsion side from the print substrate, trim any excess “messy parts” then place the emulsion face down on the wet paper and I used a burnishing tool to press the backside of the Polaroid hard into the paper. The combination of wetness and pressure for several minutes was critical to get a good “pull.” Pealing the Polaroid carefully from the paper without tearing the emulsion was always a trick. I often went through an entire box of 20 Polaroids in the pursuit of the “perfect pull” on an image.

Now this image started in Art School when I photographed a friend on the beach in 35mm Black & White infrared neg film. The sky was boring that day, and I photographed a better sky for another project with 35mm color infrared slide film. When we were learning to do color darkroom work in Art School, my “What If?” mindset thought, what would happen if I tried to print a black & white negative onto color neg paper? The result is the lower half of this image. As I said, the sky was boring, so I thought what would happen if I enlarged a 35mm color infrared slide onto color neg paper? The result is a “negative” version of the sky which on the slide was a deep green, so the colors were also reversed. In school I took both prints, used an exacto blade to cut and mount both images together.

Years later I rephotographed that 11x14 print on to 4x5 color Polaroid and played with the transfer process. As you can see, each Polaroid “pull” was different in terms of how the emulsion adhered to the paper. The amount of water on the paper at the moment the Polaroid is laid down on it, the amount and evenness of the pressure pushing the emulsion into the paper, and the amount of time before pulling up the Polaroid and how carefully it is lifted all factor into the final transfer quality. I’ve always loved the evolution of this image and as a final touch, I chose to get rid of the black band which was the sea bringing the sky lower on the horizon with a little Photoshop cloning once it was digitized. It’s been quite the long journey for this work of art. Sometimes completion can take years, and that’s ok.