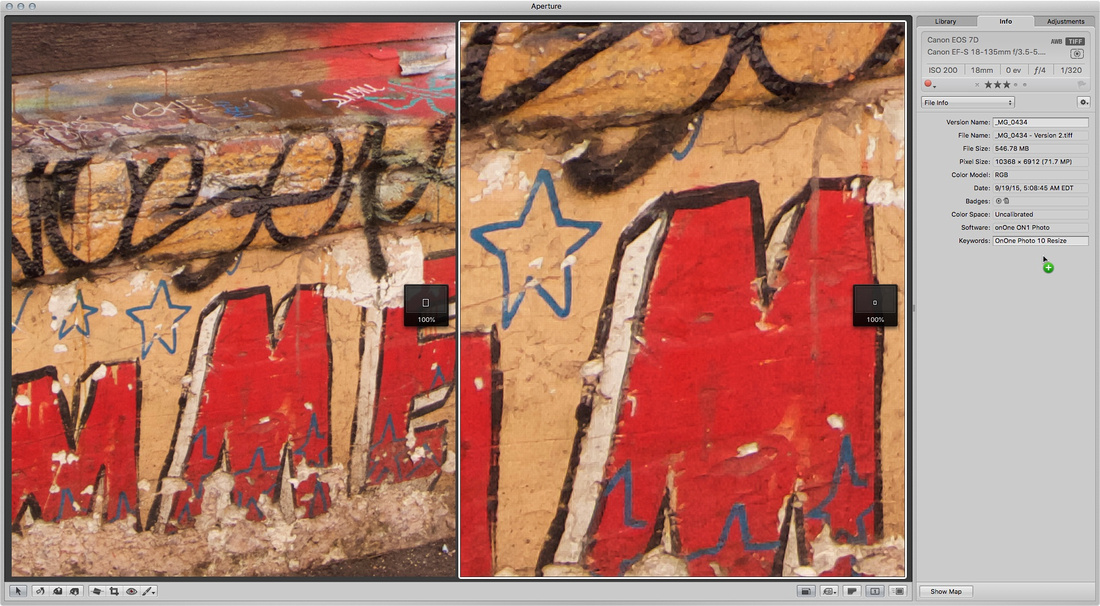 If you are an Adobe Creative Cloud subscriber you probably know by now Adobe has just released an update to their separate RAW imaging processor Adobe Camera Raw (ACR). If you didn't get the memo, the YouTubes are alight with demos on its main feature Super Resolution. Funny thing is most of those channels are also running ads for the popular competitive software, Topaz Gigapixel AI. The image above is none of those solutions to the question of "How To Make It Bigger?"

Those of you that follow this blog know I've recently switched back permanently to using Apple's Aperture to manage and process my RAW (and legacy) images after five  years with Capture One Pro. So if you've read some of my most recent posts, you know I did what I usually do when I hear of a cool new feature in another imaging software: I ask myself, "Can I do that too in what software I currently use?"  So using Aperture I turned to the one plugin that has been arguably the industry gold standard for image enlarging (I hate the term "blowup"), OnOne Resize (in my case OnOne Resize 10).

Since moving my things back into my Aperture "room" I decided to also cleanup and clean out my plugins folder to reflect only the current ones I care about and are useful. I discovered in researching this post that OnOne has a free upgrade to OnOne Photo 10 for anyone who was still using an older unsupported version (I had the Perfect Photosuite 9 version forever.) OnOne Photo 10 is the last version before they introduced OnOne Photo RAW (same tools, new updating and branding.) "Our very popular Genuine Fractals features have been enhanced, modernized, and rebranded. The same patented technology of Genuine Fractals is now available in what is referred to as ON1 Resize which is just one component or module of ON1 Photo 10.5.2."  Very nice of them! Genuine Fractals is the name of the proprietary algorithm that OnOne uses for its resize tool, and it quickly became the industry standard for artists needing to make large prints from relatively small files. What Adobe appears to be doing (and Topaz Gigapixel AI too) is using AI (machine learning) algorithms to do their voodoo. Plenty of the YouTubers reviewing those two have done pixel-peeping comparisons. 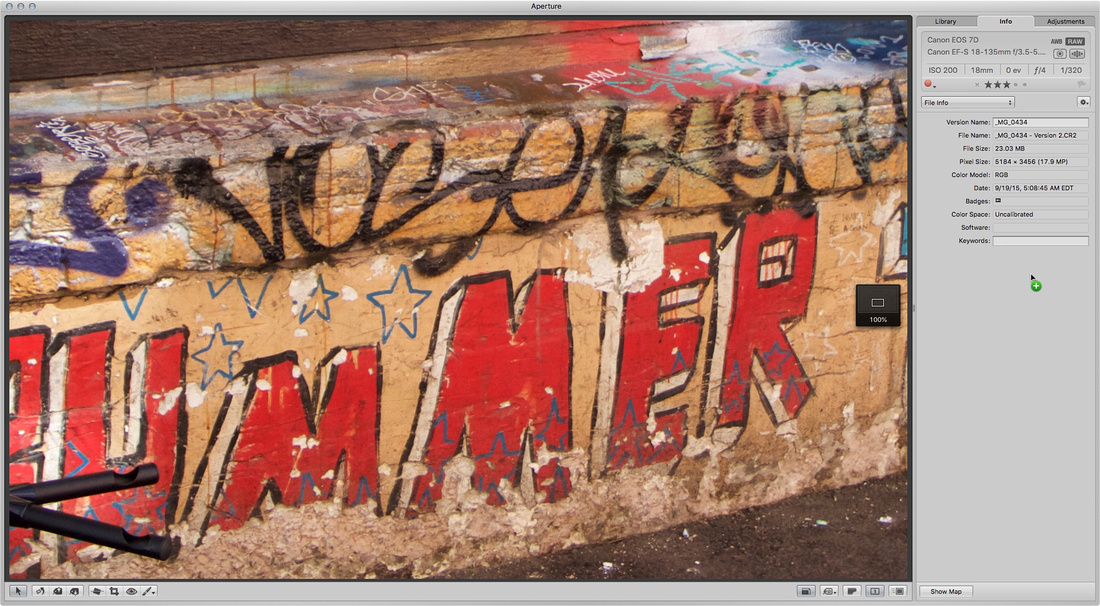 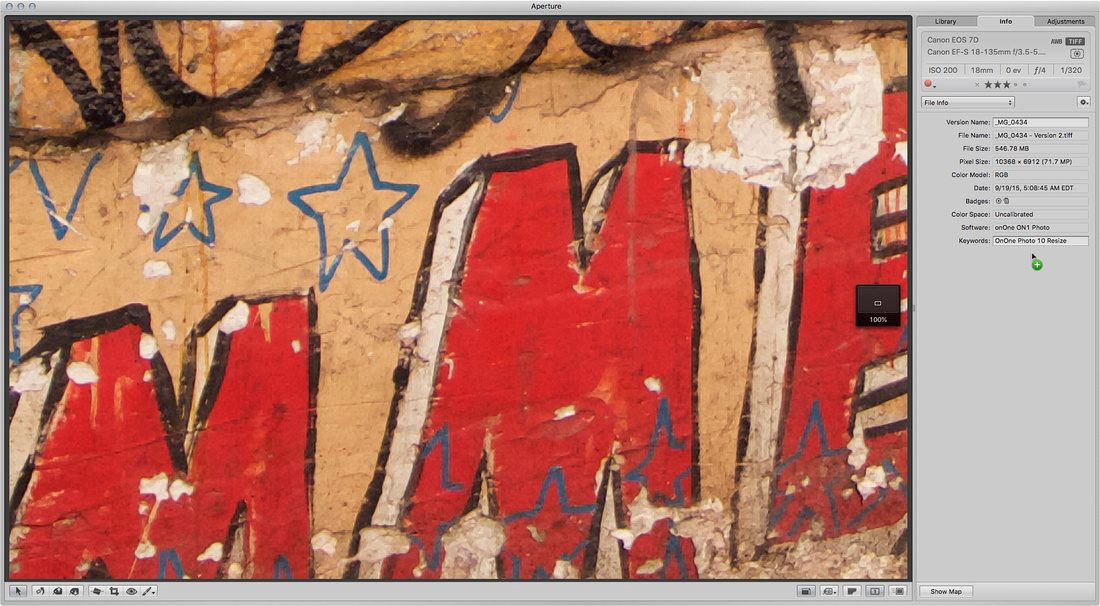 But I'm here to see if my tools can give me great results with the same parameters as the new Adobe feature: that is doubling an images' pixel count to effectively give you a 4x increase in resolution without degrading the image. Tall order, but I'm greatly impressed with how OnOne Resize 10 still handles the request to SuperSize the order. 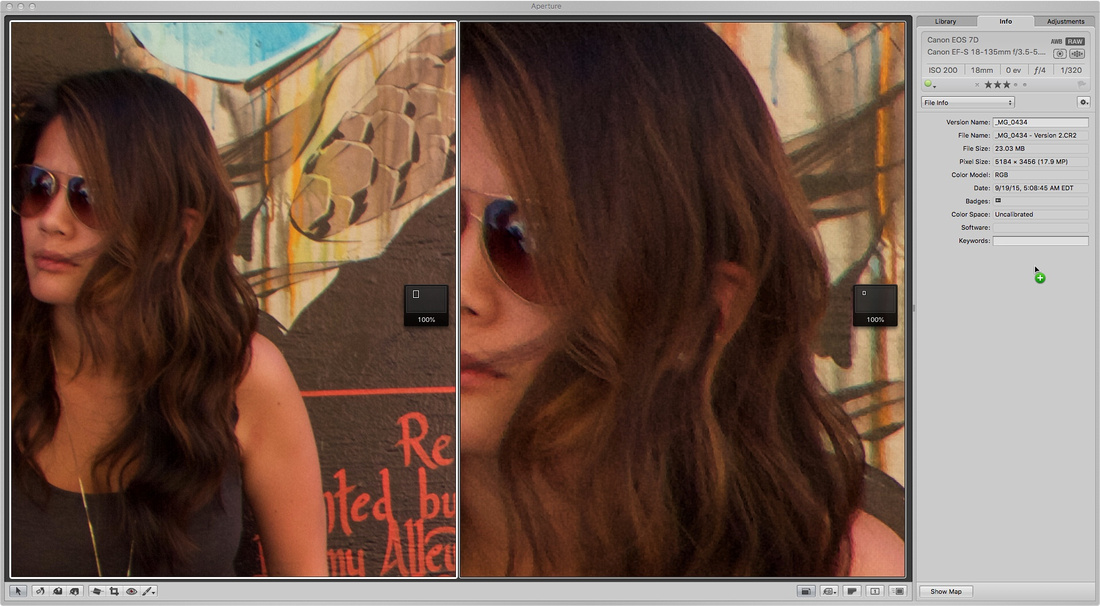 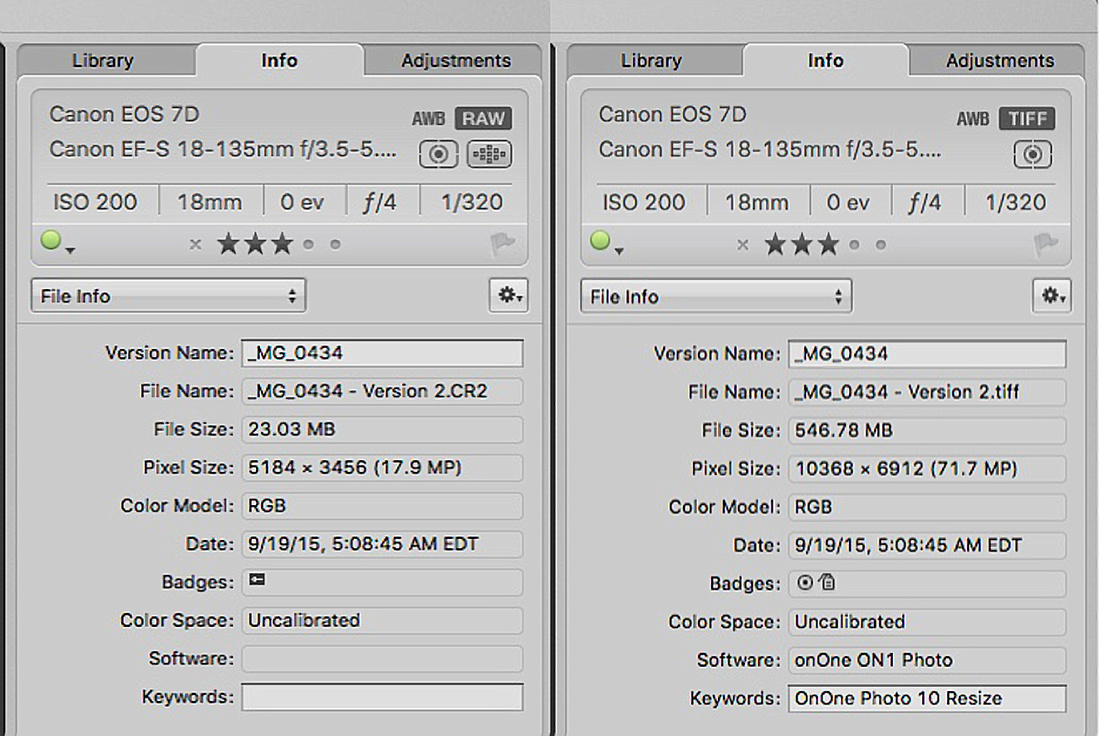 Of course  this re-sizing process, no matter which tool you use, can lead to some very huge, space intensive files, so consider well which files you want to enlarge. 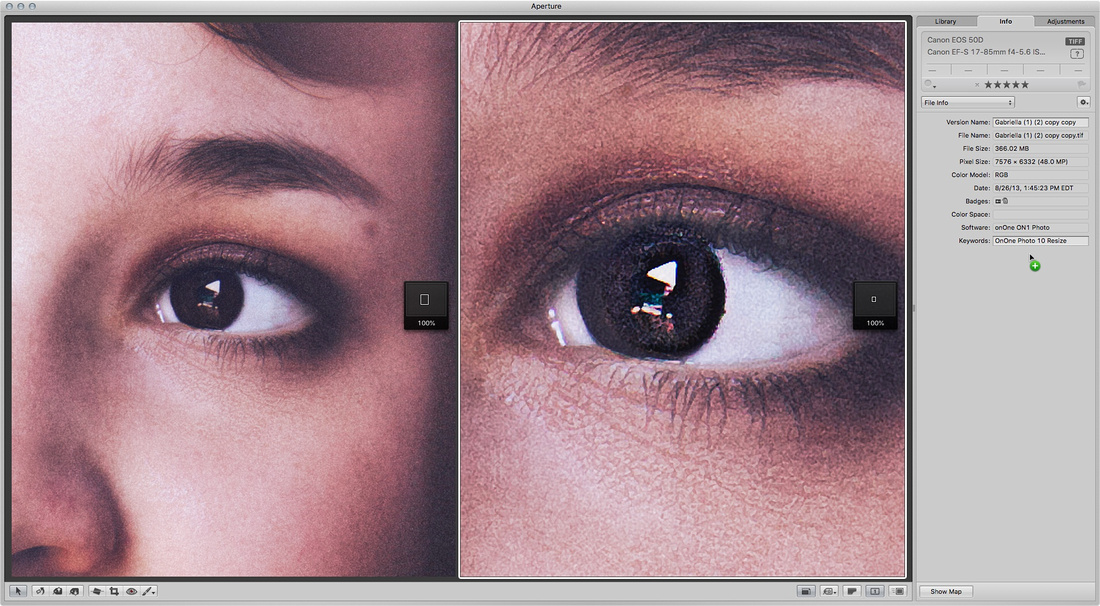 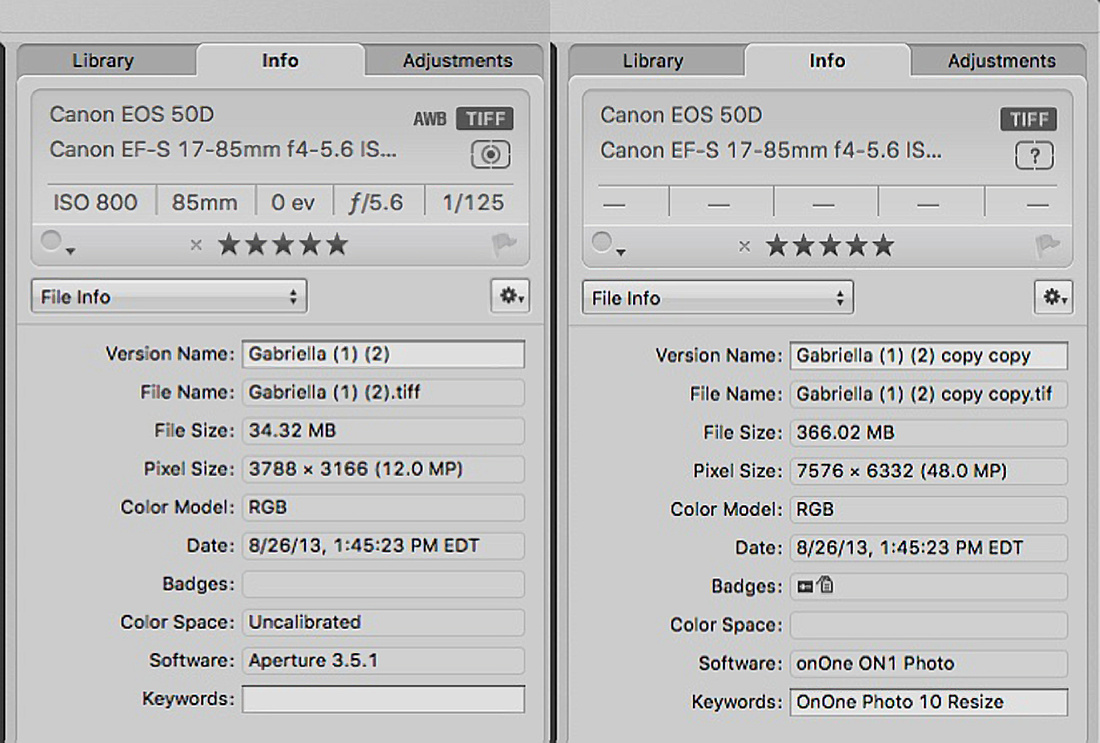 Resize 10 doesn't just work on RAW files, you can enlarge TIFFs, JPEGs, PSDs, etc. The choice of when to resize your images, at the beginning of your image editing process, or after you have  done all your editing tweaks is a decision with consequences. At the beginning of the process could lead to really large files  that can make some editing slow or nearly impossible depending on your computer. If you do enlarging at the end, there's a chance the process could reveal anomalies in your retouching. Either way, see what works best for you. OnOne Resize 10 (and now Resize 21 - based on the year released) is a really powerful tool with some unique industry leading features that the new Adobe Super Resolution tool can't touch. As I understand Adobe's offering, it is very limited to a simple 4x only image enlargement and nothing else! No options for larger settings or fine-tuning the settings.

OnOne Resize has been around for quite some time and as such offers a lot of options that are all useful for many scenarios of needing an enlarged image, including Gallery Wraps and Tiling for really large printing. There is one critical point I've never seen discussed in all this pixel-peeping talk about image resolution and enlarging for prints: There is a thing called "minimal viewing distance" which applies to how far away you view say, a work of art in accordance to its scale. We are not meant to view an enlarged print at the same distance we view its smaller version. It has to do with the physical qualities of vision, and somebody somewhere has done a chart on it. Google it.

Now I don't have any Adobe products on my computer to test the new tool and compare. When they went to a subscription only model in 2013, I continued using my stand alone Photoshop CS6 until I discovered Affinity Photo in 2015, and purged all traces of Adobe off my system and never looked back. But I do keep a weathered eye on what is going on in the industry, and that's why I'm here. All that said, I find the ability to make significantly large scale images that maintain quality and sharpness using tools I already have that work beautifully together makes me really delighted! So if you want to, if you need to, MAKE IT BIG!