Is RAW Beauty in the Eye of the Beholder? 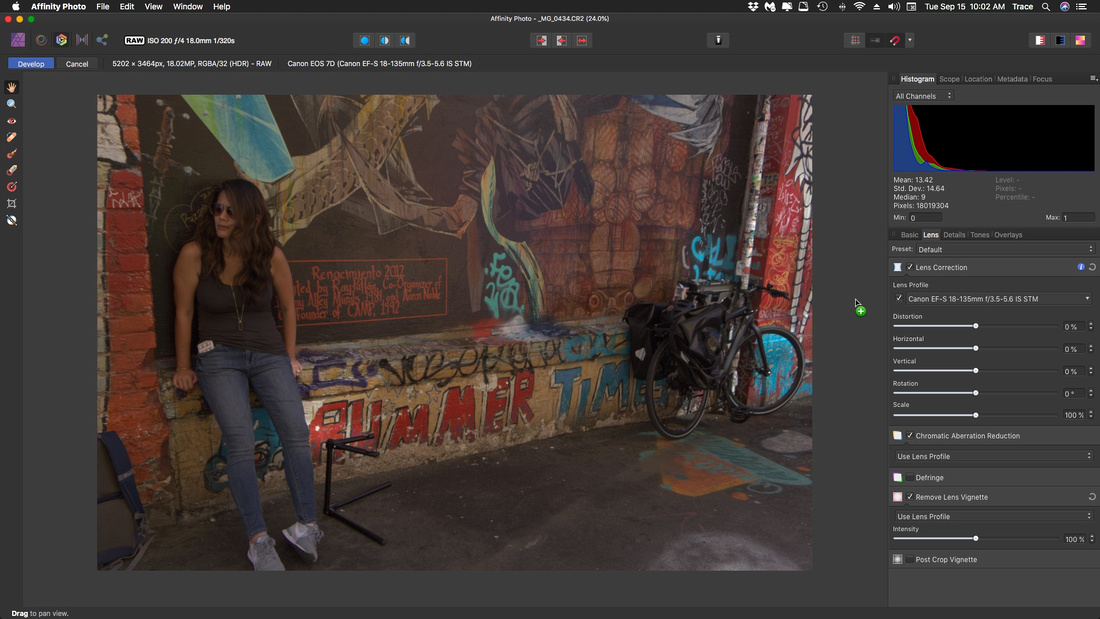 Not all RAW  converters are the same, that's not a new revelation. When I was photographing in the analog film days, all my fellow photographers would discuss the various merits of the pro film labs in town. Mostly we talked about the quality of the processing and which labs "ran warm" and which "ran cooler."  If you were a portrait or fashion photographer, you tended to use the warm lab to process your film. It was funny that pro photographers would be that choosy in the lab they would use, but we were.

Now as I explore and rethink my own digital workflow, and make changes from my process of the last five years, and after researching my last post on LUTs, I decided to see just how good and different RAW image processing is across several programs. I started with the RAW processing built into Affinity Photo (see image above). Every RAW processor uses its own secret sauce of settings to render a RAW file on screen. By default Affinity Photo uses its own Serif Labs RAW engine which applies Lens Correction, Chromatic Aberration, and Lens Vignette Removal among other settings. 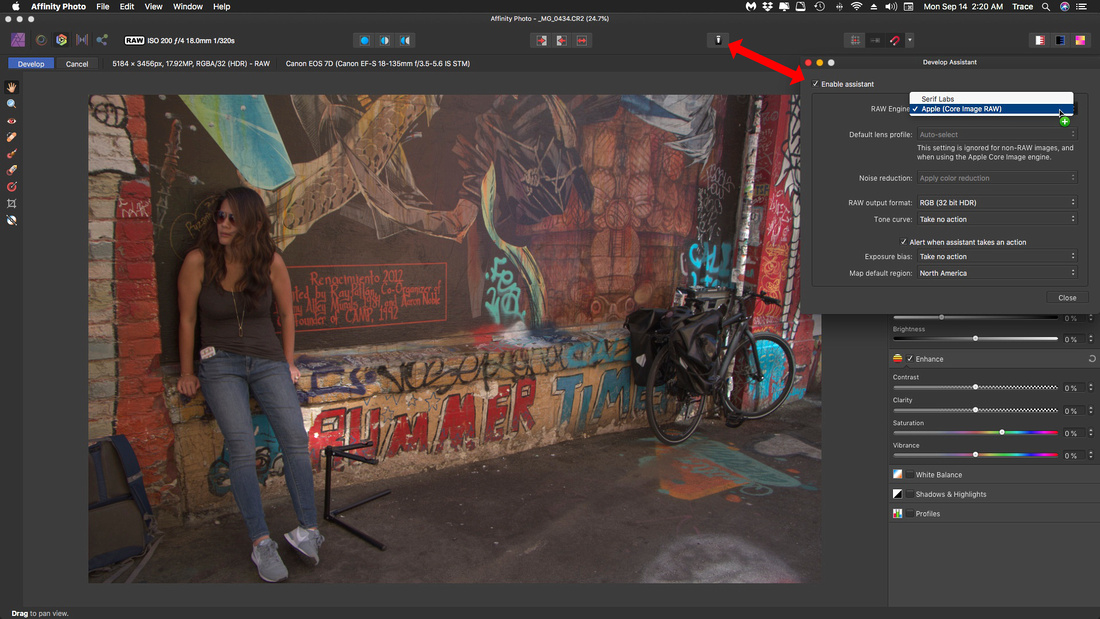 I discovered by accident that by clicking the assistant button at the top I could choose an alternative RAW render engine, Apple (Core Image RAW). Looking at the two variations, I decided (for now) I like the Apple render better. (*more on this at the end.) 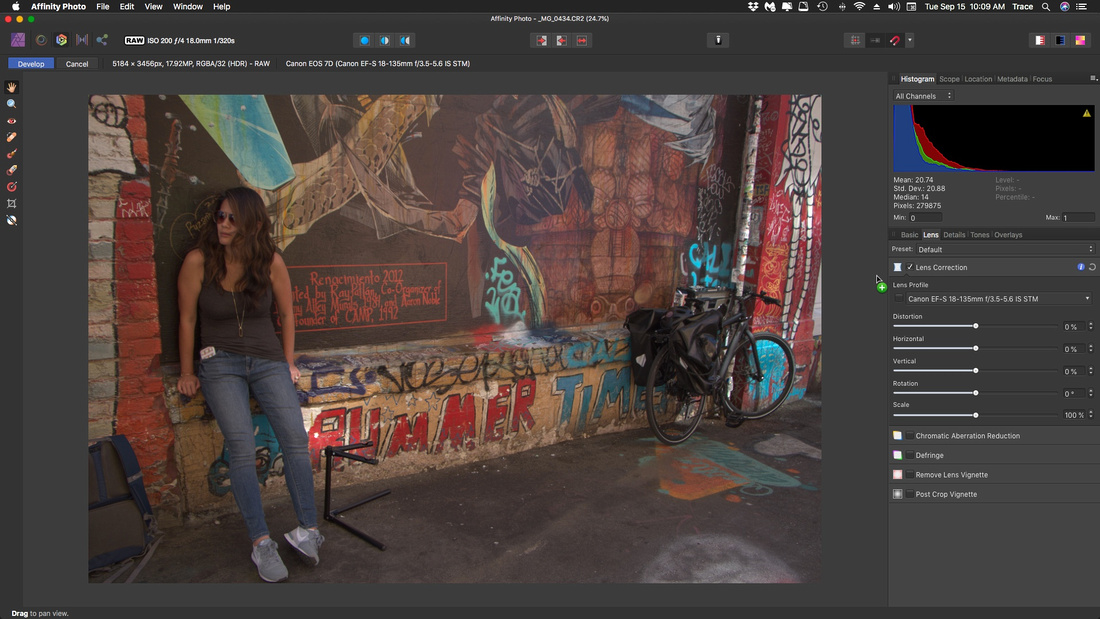 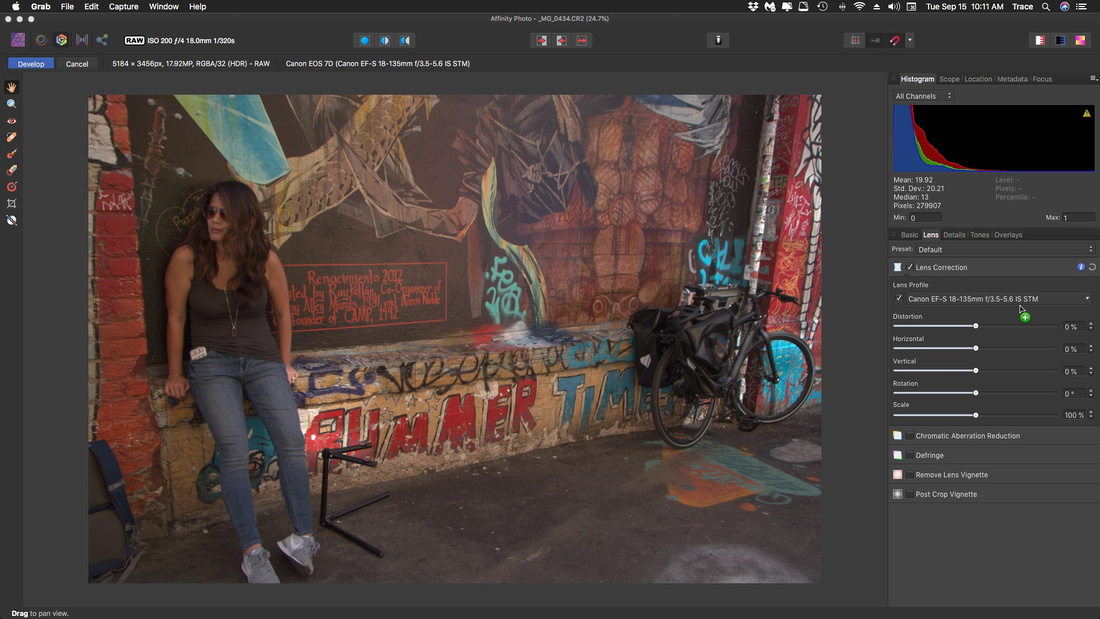 With the Apple Core Image RAW you need to manually select the Lens Profile if you want to include that. From here you have a great set of tools to render your RAW image just as you like. Here is a short video from Affinity on using its RAW persona, and another video on Advanced RAW Development. I love how Affinity has included its RAW persona right inside the program, rather than as a separate app as Adobe did with Camera RAW. There's something nice about staying within one program. I have to say with the Apple (Core Image RAW) engine and applying the Tone curve (below) Affinity Photo gives a nice starting point for fine-tuning the RAW render. 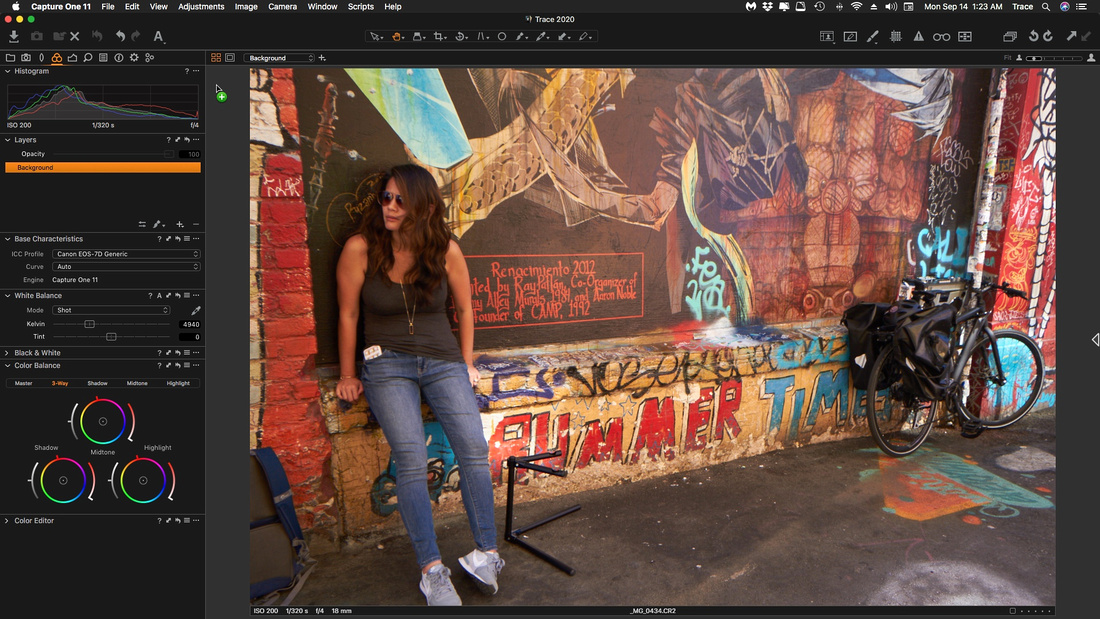 For the past five years I used Capture One Pro as both my Digital Asset Manager and RAW  image processor. Until now I hadn't done a side-by-side comparison. Capture One like many programs of its kind does all of its secret sauce RAW rendering behind the scenes based on camera & lens profiles, and gives you an image with baked in settings. The only changes you can make is in the ICC profile selection and the Base Characteristics Curve setting. 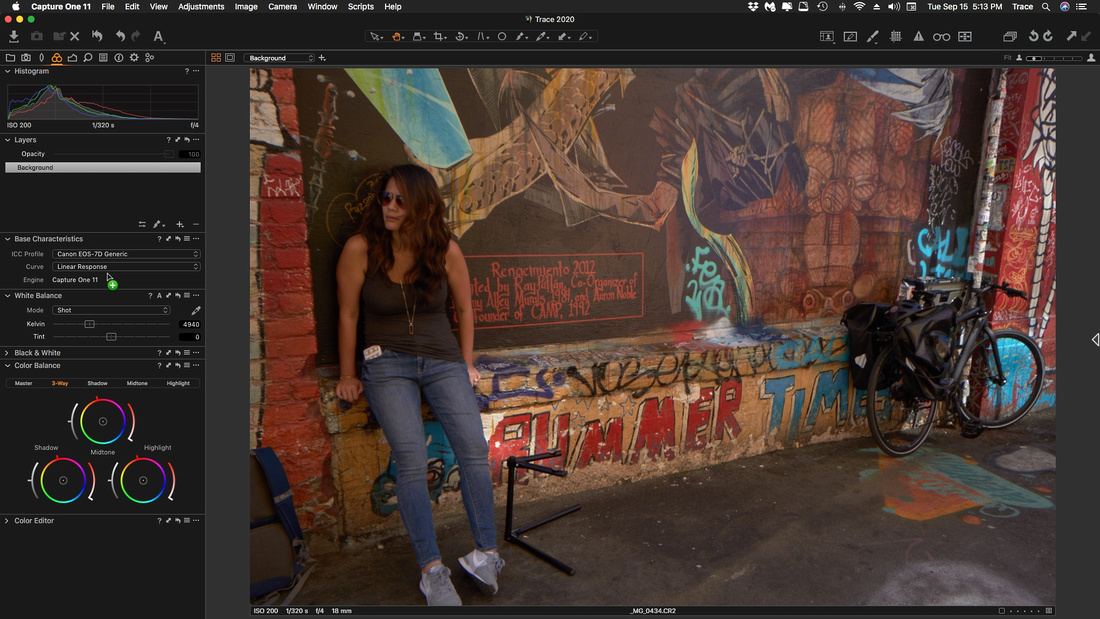 I find resetting the Curve to Linear Response gives a better, more natural RAW render than the Auto setting. While Capture One does a good job on RAW processing over all, I would rather have more tools to tweak the image like in Affinity Photo RAW persona before baking in those settings when rendering. 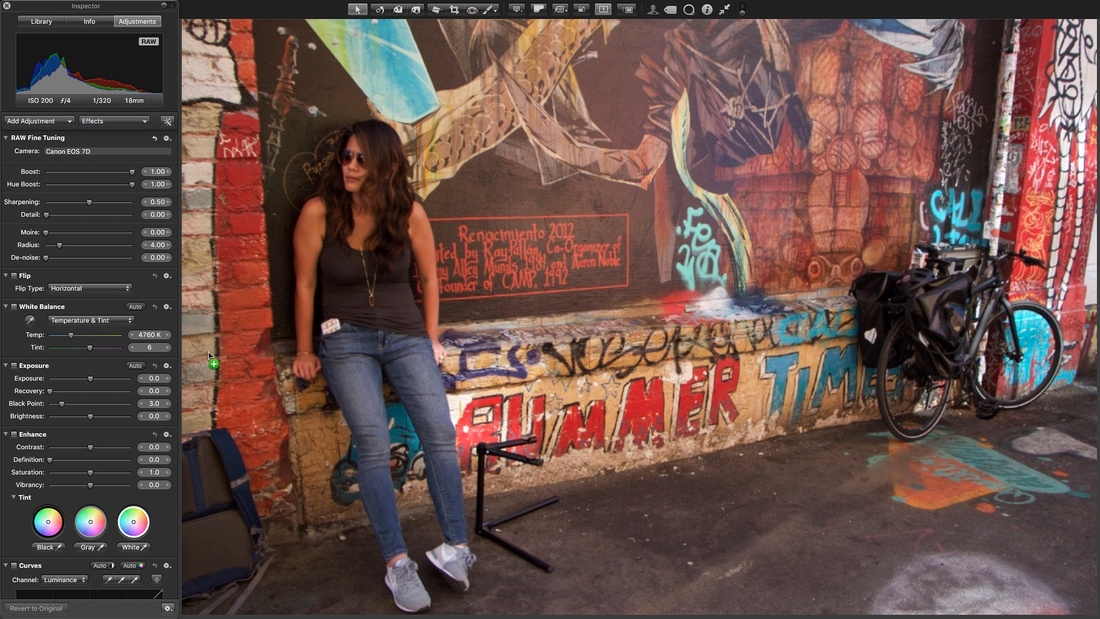 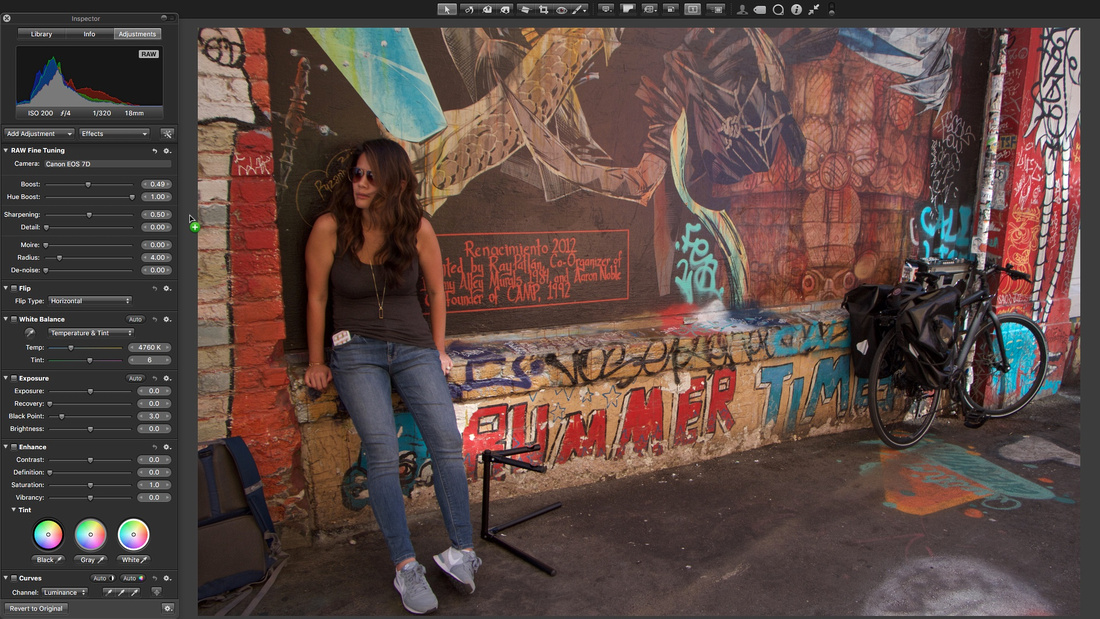 That said, in this comparison of different RAW processors, I do really love how Aperture (3.6) renders the same file the best. Aperture like Capture One doesn't provide anything in pre-render tools to tweak the RAW settings, so you have to either love the program's secret sauce or not. Once rendered, you do have Boost, Hue Boost, Sharpening, Details, and Denoise to tweak, but really the program is doing the lion's share of the work for you. Aperture uses Apple (Core Image RAW) which is system based rather than program based. Because Aperture is such a great DAM (Digital Asset Management) program it will remain my ingest program for importing photos. 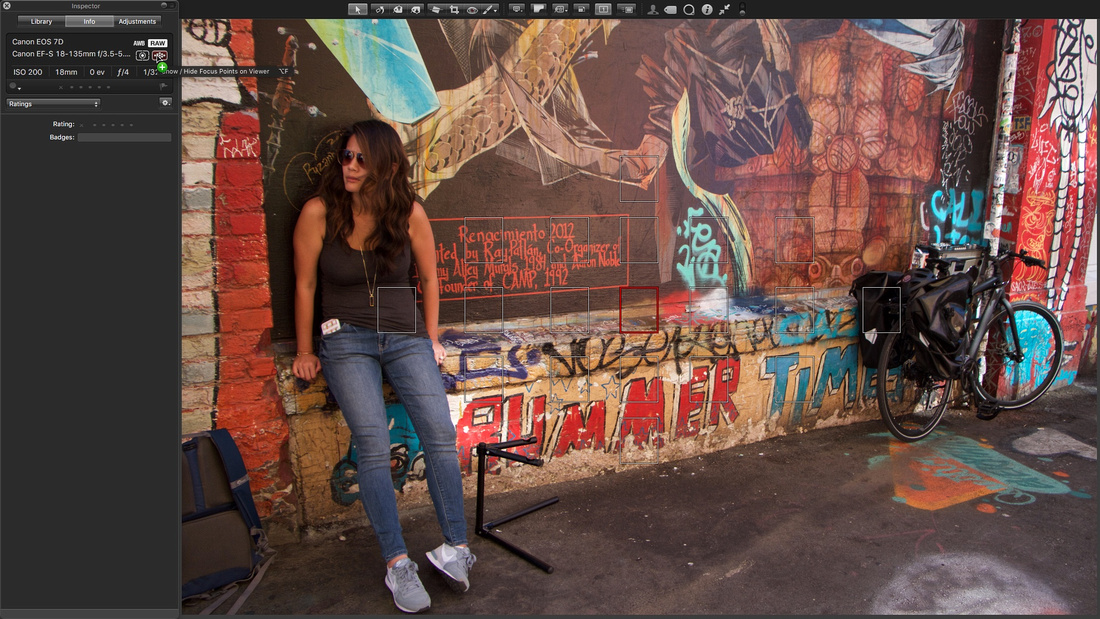 One of the unique cool features in Aperture is the ability to view your focus points in RAW images, which could let you win (or lose) an argument when you swear you focused on the eyes. Aperture was the only program that had this feature... until Affinity Photo and the RAW persona: 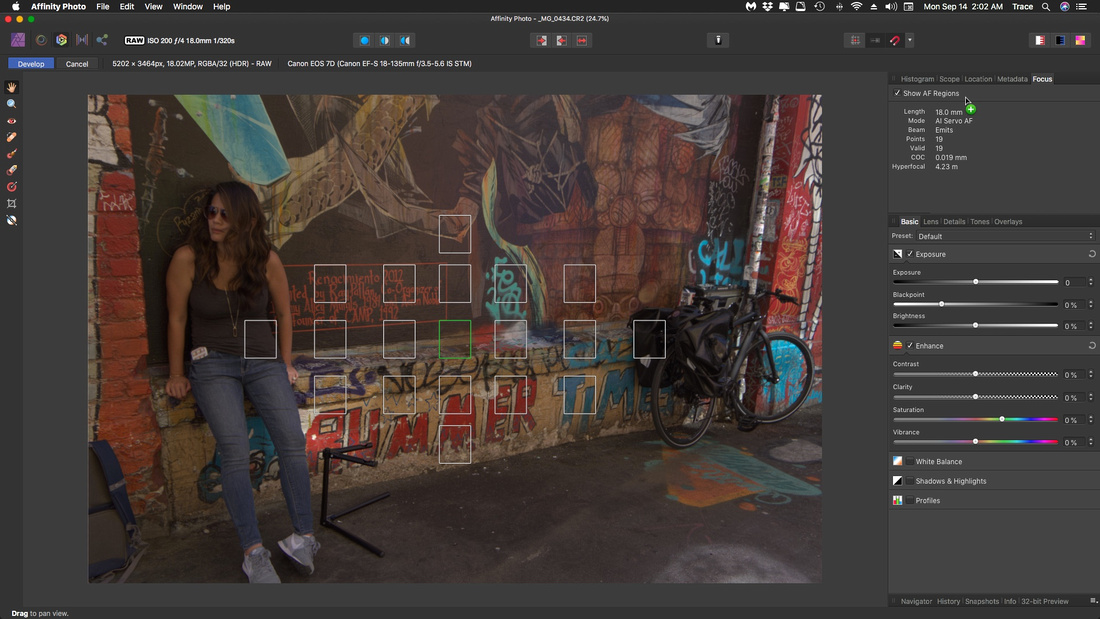 When I discovered this in Affinity under the Focus tab, I just smiled. 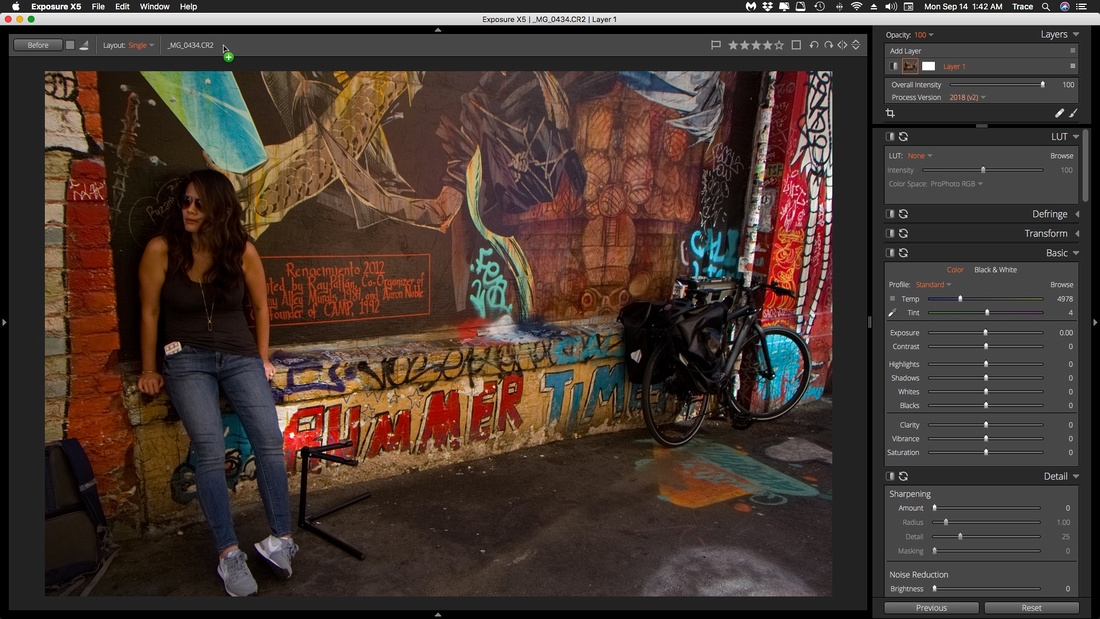 My last RAW test was with Exposure X5. Exposure doesn't give you any dedicated tools for tweaking a RAW image so the secret sauce is what you get. All things considered, I don't find Exposure to be the best at RAW rendering, and since it is not much of a DAM program I will use it as an editing/finishing program (to be fair, that's how it's been designed). Going forward my workflow will be to import RAW images into the Aperture Library so Aperture will manage the database, and backup to a seperate drive on import. With Aperture I can use the Vault feature to keep everything backed up. I will use Affinity Photo to process RAW files from the backup files on the separate hard drive as my other RAW  processor. Everything, processed via Aperture or Affinity Photo and exported as 16bit TIFFs will be further developed and *finished* in Exposure X5(X6) as needed.

* Finally the question I researched on what was the difference between the Serif Labs RAW engine vs. Apple (Core Image RAW) took me to this answer from Serif's James Ritson who hosts the Affinity Photo tutorials:

There are several more steps involved - which are again handled differently between raw converters. Demosaiced raw data starts as "scene referred", which is a measurement of light in the scene. You will very rarely (if at all) see a raw file in its linear "scene referred" form. It then goes through gamma curve correction, gets mapped to a colour space and has a tone curve applied to produce a result more in line with the user's expectations (similar to an in-camera JPEG).

So to answer your question - yes, there's a difference between SerifLabs and Core Image RAW.

SerifLabs will demosaic, gamma correct and tone map, but as you've found, the additional tone curve is optional. If you turn this off, you'll only see the image with a gamma curve correction. No additional sharpening is added by default - this is left entirely up to the user. Colour noise reduction is added by default; previously it wasn't, and we faced a lot of criticism over raw development quality because users are so used to having raw processing software apply it automatically. The harsh reality is that yes, your camera really is that noisy ;). You can turn this off if you wish on the Details panel, I just wouldn't recommend it.

I've done some analysis, trying to make a SerifLabs-decoded image match a Core Image RAW-decoded image, and I've come to the conclusion that Core Image takes some additional steps. It adds sharpening whether you like it or not, there's no doubt about that. It certainly performs colour noise reduction, and I also believe it does some luminance denoising and then dithers slightly by adding in some fine noise to retain texture. This approach wouldn't be entirely out of step; for quite a while, Apple's H264 decoder added some fine noise to reduce blocking and banding (this is back in 2007/2008 when its hardware-based H264 support was less comprehensive). I'm unsure of Apple's modern approach to H264 but I expect it's more refined now.

At this stage of Photo's development, the raw handling could still use some improvements, and over time it will be improved: namely a better approach to demosaicing and some more effective noise reduction. Demosaic implementations are continually being researched and written about, and there is always scope to do better here.

As far as advantages of SerifLabs go, there is one that I can strongly point out: because betas are made available in-between major releases (either for bug fixes or to introduce new features), new raw camera support is added frequently - so if you invest in a new camera, chances are you could grab a beta and be able to open raw images sooner rather than having to wait for an official update. For example, 1.5 was released in December and supported the new Olympus E-M1 mk2 camera which also shipped that month. It also opened images shot with the camera's high res mode (sensor shifting to produce 80MP raw files) - a feature that's still yet to be supported in some raw converters.

At the end of the day, the best advice is to experiment and find which raw converter's results you like the most based on what you shoot; e.g. if you do a lot of high ISO urban photography you'll want some fairly robust noise reduction and, perhaps more importantly, good colour handling. If you're into landscape photography with difficult dynamic ranges perhaps you'd find the ability to remove the tone curve more useful. And so on and so forth...