Back To The Future ~ Taking The Zen Path 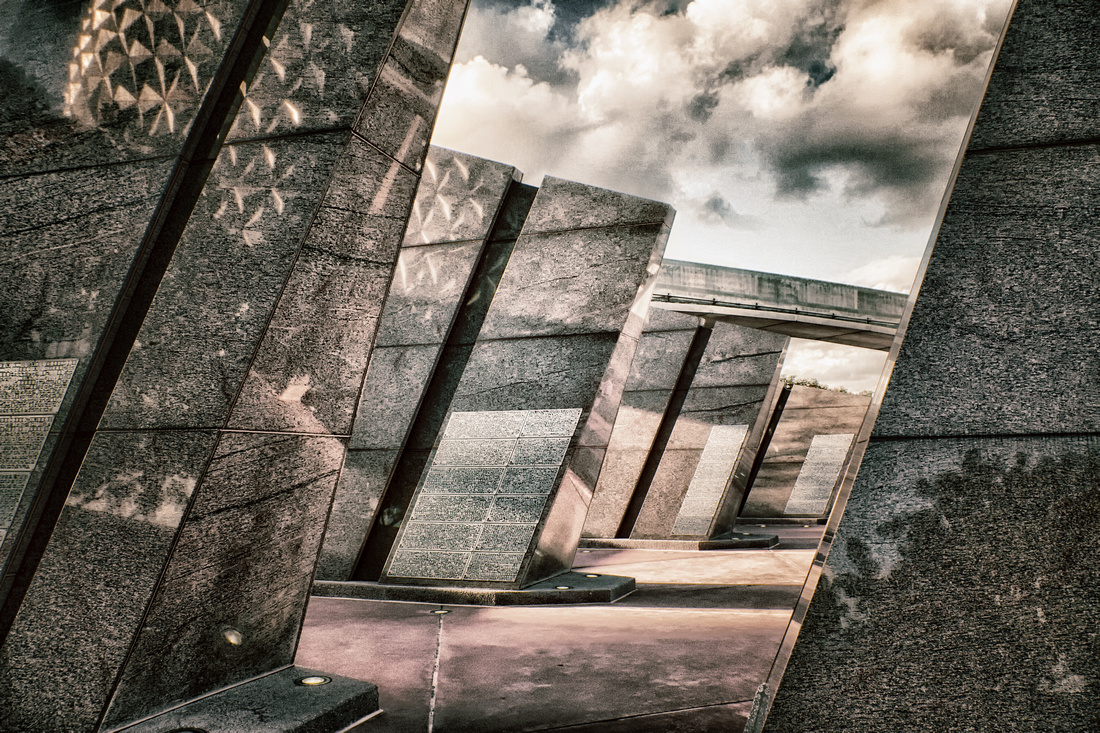 Where Are We Going?

A funny thing happened on the way to the future... I decided to go back. No, not back to 1985 but more like 2014. Since writing my previous post "To Upgrade Or Not To Upgrade, That Is The Question" I've had time to test a number of things, and I've come to a decision. But before I get to that decision, a bit about what lead up to it.

If you read the previous post, you know I've been using Capture  One Pro as my digital image post-processing and DAM (Digital Asset Management) software  for the last five  years. I've upgraded twice to my current version 11. I chose not to upgrade to the next two versions for reasons given in that post. In the course of writing the post on whether to upgrade or not, I had the opportunity to take a closer look at how I use Capture One and whether there were alternatives I already have that would be better (or at least as good.) I did not want to look into purchasing another software that would lead to the same upgrade issues. I'm not interested in chasing that. 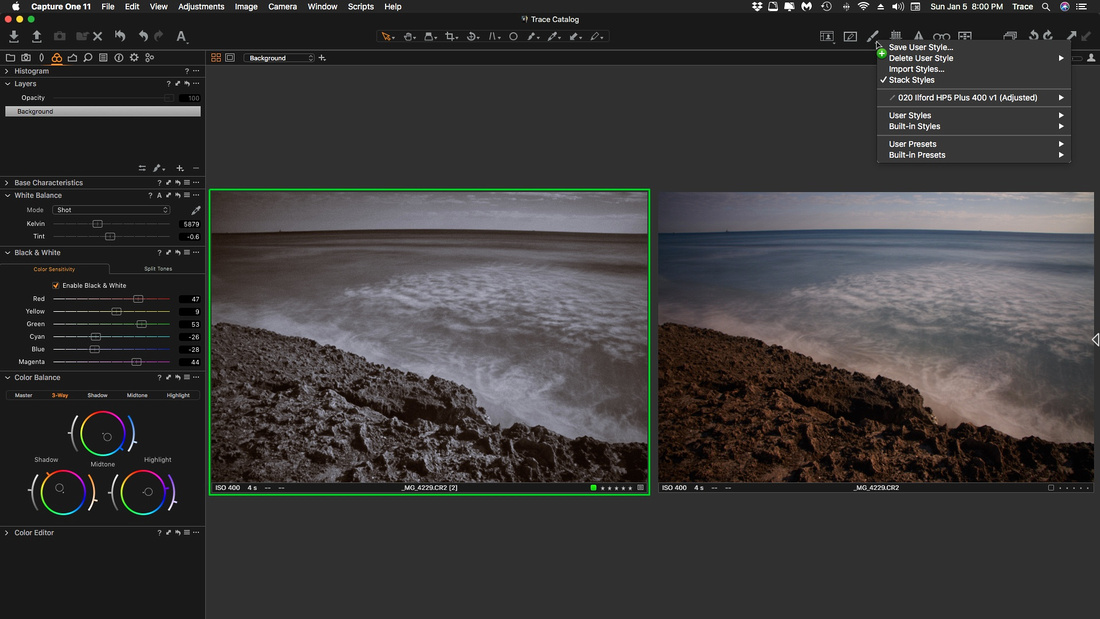 One feature  I wanted to see if I would miss if I was no longer using Capture One is my collection of Film Styles. I have an extensive collection of both color and B+W film emulation styles. 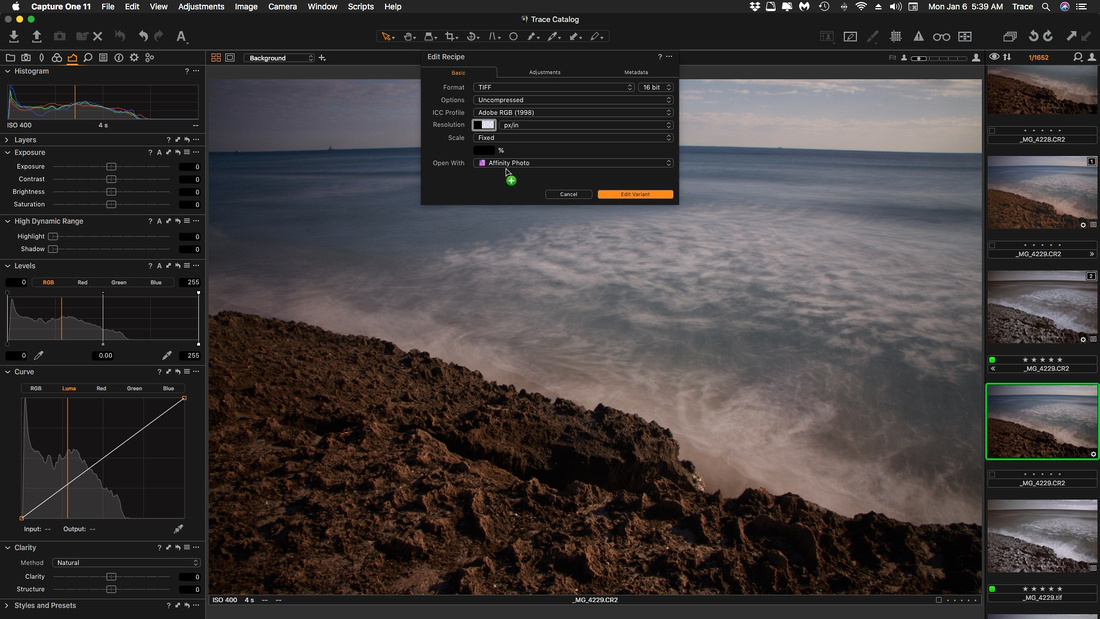 Using the "Edit With" feature in Capture One, I took a RAW image into Affinity Photo as a TiFF file, to see If I could simulate the same film emulation (and grain) look. I knew it would not be an exact match, but how close could I come, and could I create a look that I really liked? 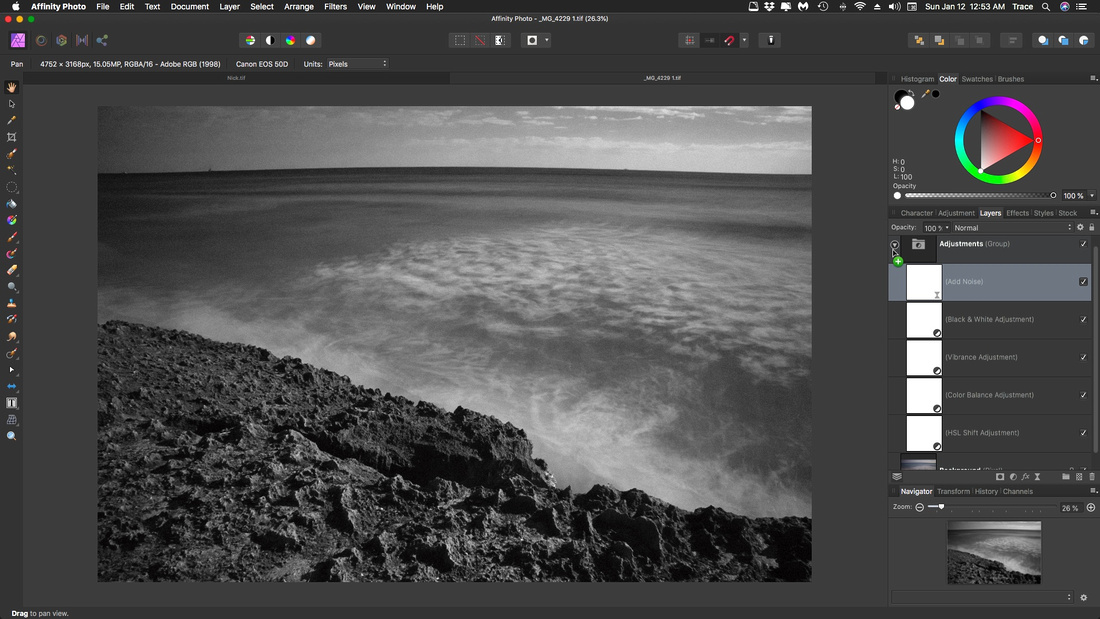 A Black & White adjustment layer, a Vibrance layer, a Color Balance layer, an HSL layer, and an Add Noise Layer to simulate a film grain look. Without going into details, I discovered there are a few ways to control and alter the Noise filter in Affinity so it has a much more filmic look than simply being "digital noise." While not as robust as the Film Grain engine in Capture One, the look from Affinity is very pleasing to my eye. 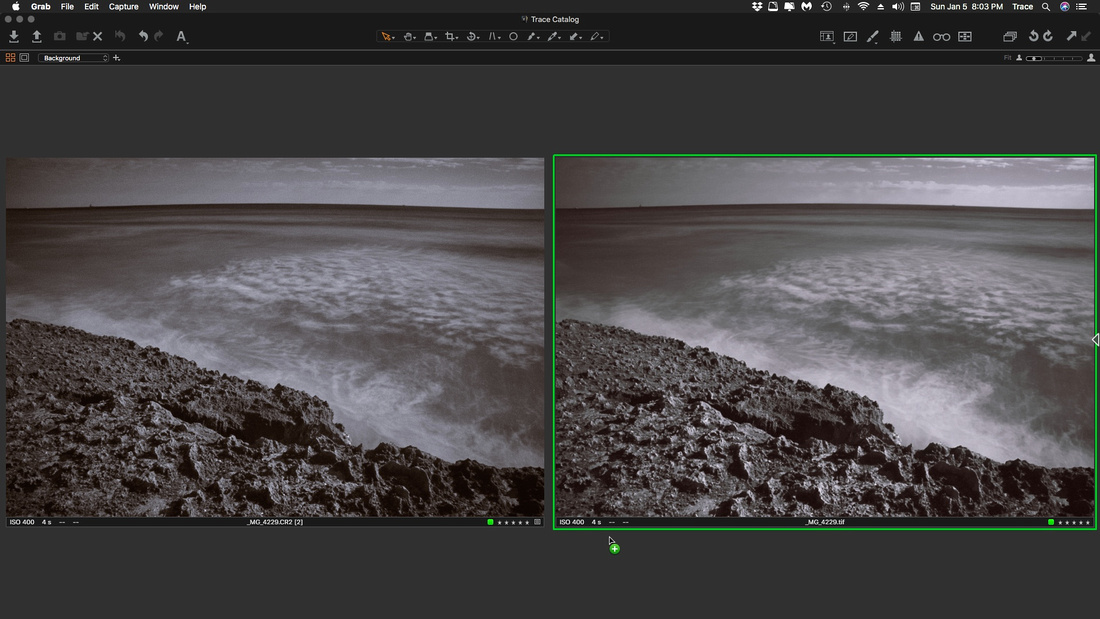 Saved back into Capture One, the two versions are close (a few subtle tweaks in brightness/contrast would seal it!) 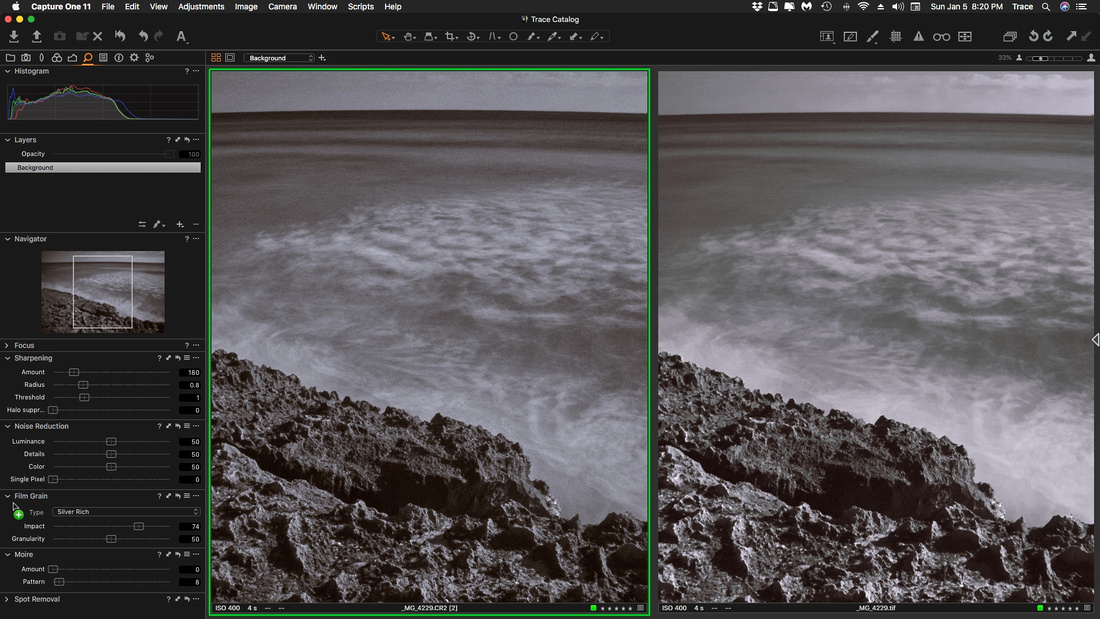 My main interest is does the grain simulation technique in Affinity Photo work, and I have to say I'm quite pleased with the results (image on the right.)  Now Affinity Photo isn't the only solution to replace Capture One. I need a complete end-to-end workflow that is two things for me: An elegant circuit when needed, and a joy to use. 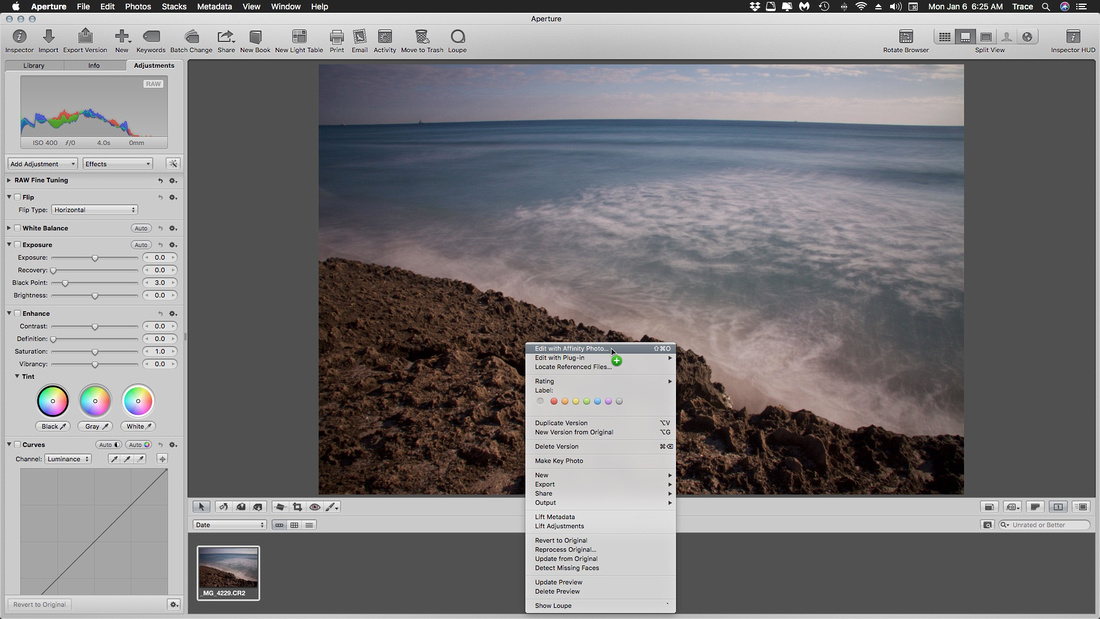 And that is where the going "Back To The Future" part comes in. I dusted off my final v3.6 of Apple's Aperture for the previous post, and in doing so I re-discovered the elegance, power and zen-like simplicity of this innovative program. I decided to test the round-trip-circuit of editing a RAW file from Aperture to Affinity Photo.

I chose to edit it as a PSD file to preserve the layers. Now, when Aperture first came out in 2005, I attended an Aperture seminar to learn the ins and out of the program. I asked the question, "What if you round-trip a PSD file with layers back to Aperture and then do some more editing in Aperture. Can you then open it back up in Photoshop and edit the layers more?"  The Uh-oh answer was no. As soon as you make an adjustment on a layered PSD file in Aperture, you lose those layers. 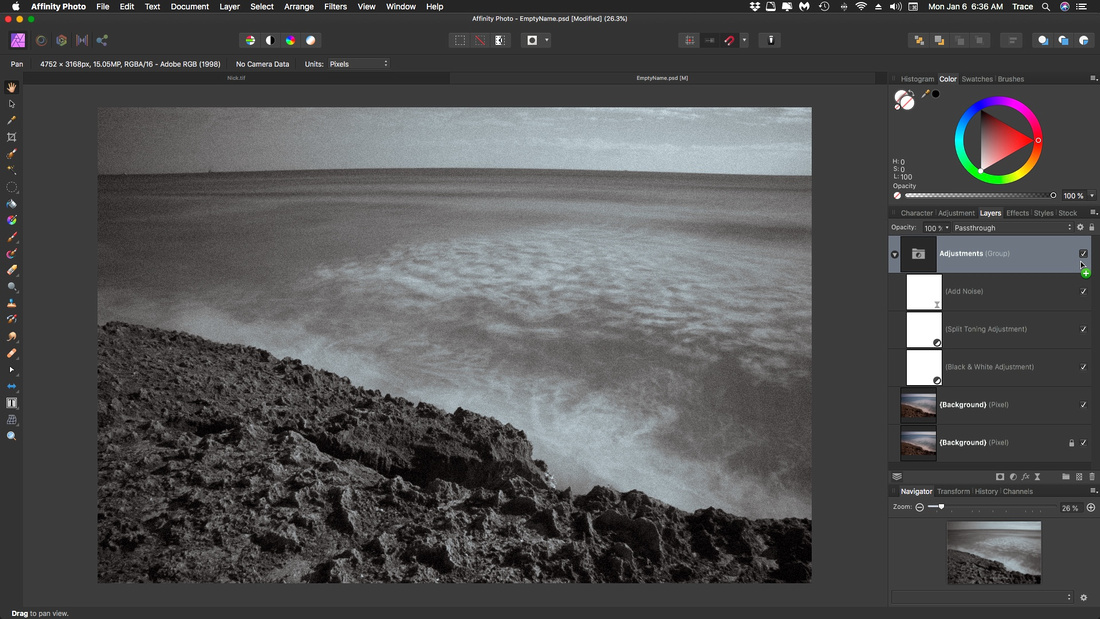 So you know I just had to test if that answer still holds water today, or if in fact I could create a layered PSD in Affinity Photo from a RAW file in Aperture, save back to Aperture, do a couple of edits and re-open in Affinity to see if the layers were still there for further editing. The answer is, indeed they are! Happy days! Though understandably any edits you do in Aperture after you save the PSD back won't appear in the image when you open it in Affinity again. 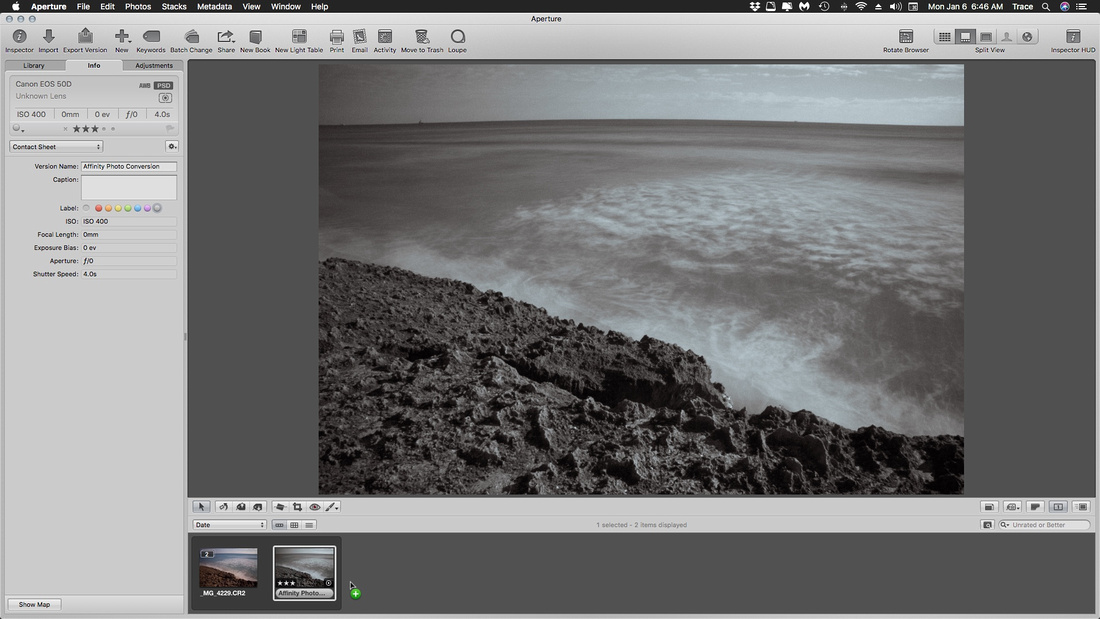 Being able to re-edit layers is a great feature I'm glad Apple saw fit to address.

One cool feature Aperture includes that Capture One doesn't is in the Info Panel you can see which software  plug-in you used to edit an image. Though it only shows the latest one you used. If I were to edit the image in another plug-in after Analog Efex Pro, say in NIK Silver Efex Pro 2, then that would be the one that shows. Still, I like being able to see which program was used to edit an image. 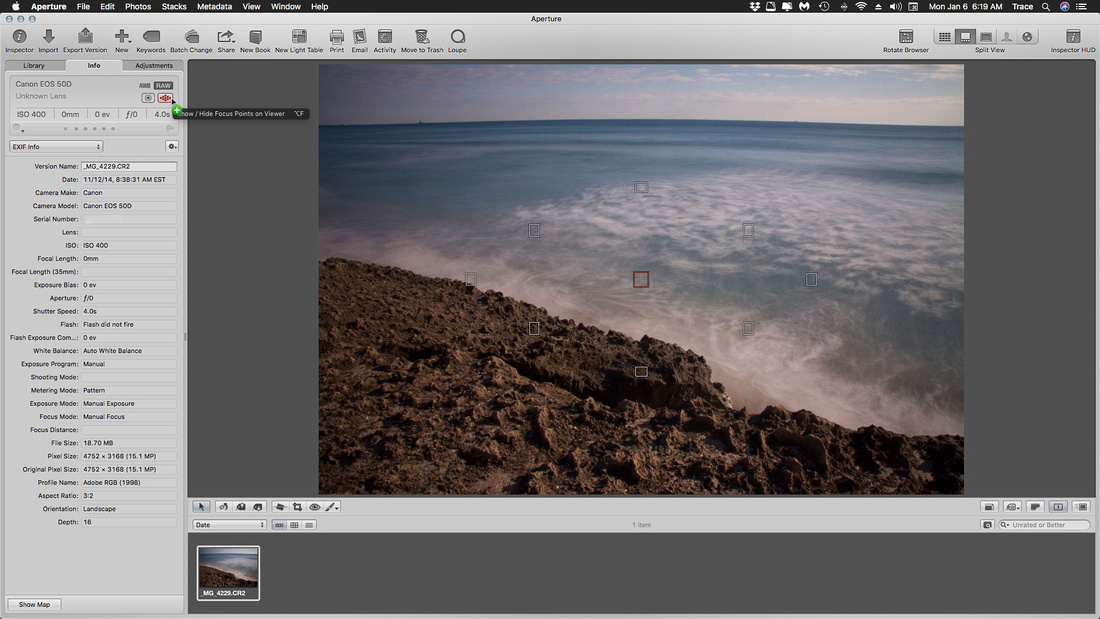 I do love the Show/Hide Focus Points you have access to on RAW files. No other program I know has the feature. And lest you think Aperture is all light greys in the UI and not onboard with the trend of Dark Mode many apps offer, and Apple in particular has embraced in their newest MacOS Catalina, Aperture  has always had a full-screen dark mode that is beautiful and elegantly implemented. 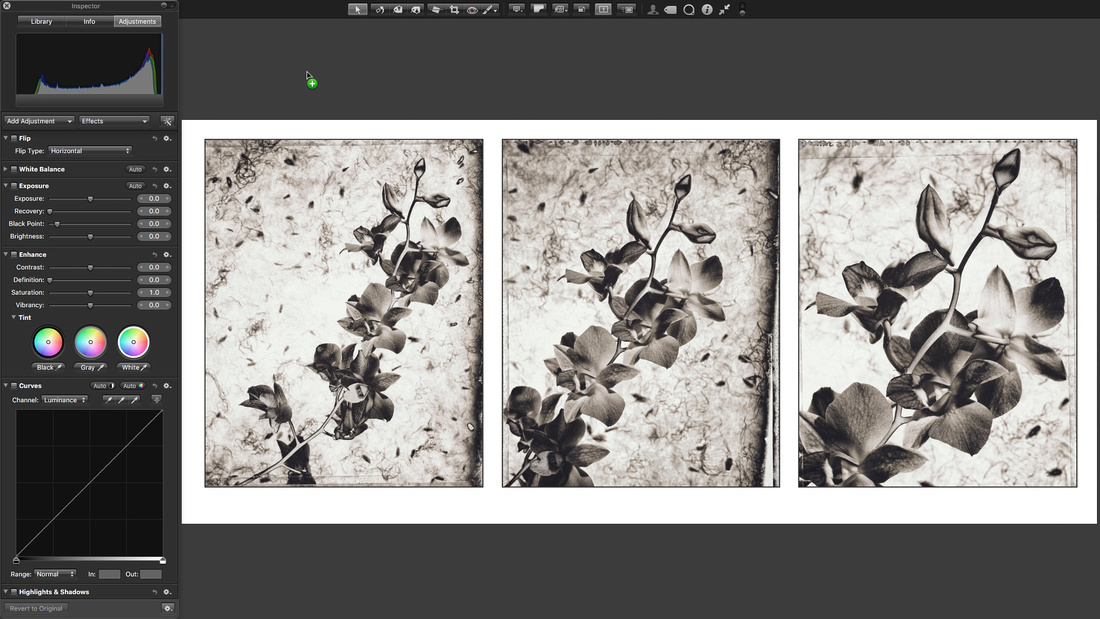 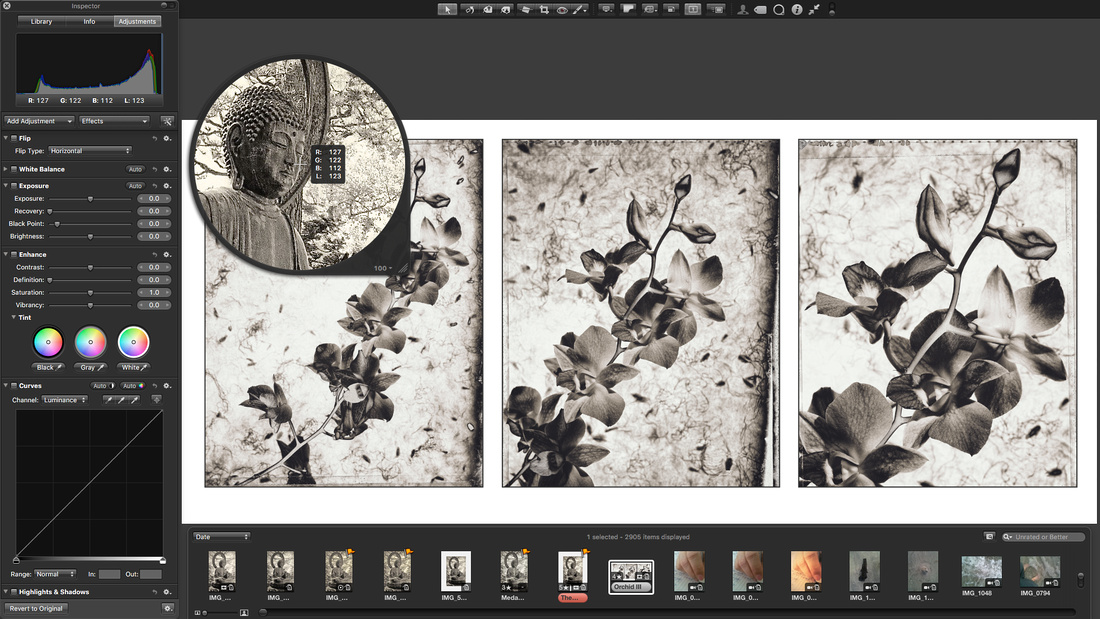 Mousing over the bottom of the app brings up the hidden filmstrip/browser which you can either lock in place or keep hidden. Working in full-screen mode is wonderful, and you know how I feel about the loupe tool! Aperture has always excelled at the organizational Digital Asset Management side, and it's even more robust and clean than what Capture One offers. 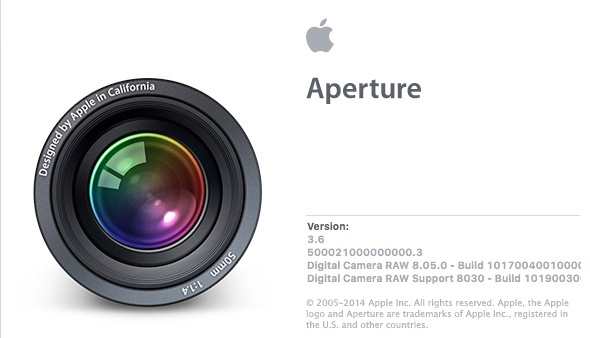 From the beautiful, well designed, Zen-like aesthetic of the Aperture UI, to it's still very speedy tools on my current system, I have decided to switch my entire workflow back to Aperture while I have this desktop computer, and of course include Affinity Photo and the various plug-ins I still have for Aperture. When things just work, and work well, why do we have a need to chase the upgrade trophy? I'm getting off the marketing madness treadmill, embracing the tools I have at my fingertips, and choosing not to chase the shiny new things offered us. Welcome Back To The Future!