"He Of The Darkroom Eyes" ~ On Mentors, Teachers, and Senseis 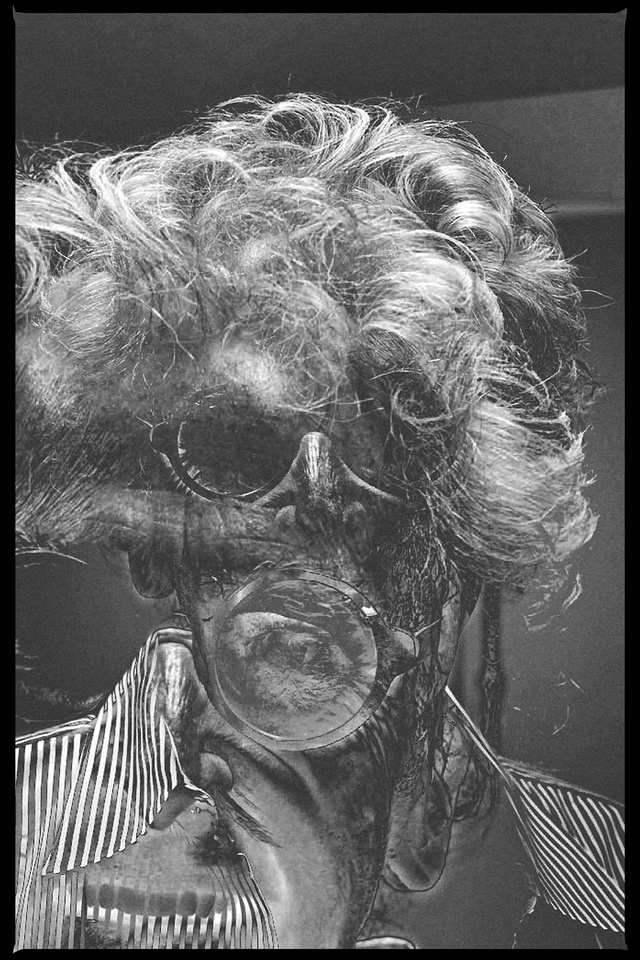 "You can do that?!" That was a revelatory question a young photography student named Jerry Uelsmann asked his Photography teacher Ralph Hattersley. As Jerry tells it, he was showing his teacher a contact sheet from a roll of film and trying to decide which image to print. There where two very different images side by side, separated only by the slim black border of the film frame that were of interest.

At the time, Jerry's work was very straightforward (nothing like the more surreal work he is known for today) and his teacher made the suggestion to print both images as one, seeing as how the film frame blended seamlessly between the two images (a girl's portrait and a figure in a doorway). Hence Jerry's surprised question and as he says, the start for him of the possibility of what a photograph could be. (The image marked above is, I believe, the one that resulted from the printing of the two images.) He quotes another of his teachers, Minor White, with the poetic notion that, "You photograph things not only for what they are, but for what else they are."

The image I created for this post is my interpretation of a portrait I took of Jerry the first time I met him at a lecture he gave. The somewhat more straightforward version is here in my ::ONE:: gallery. But I wanted to carry the image further, explore the possibilities of "what else" it could be, and be more of an homage to a teacher, a life-long mentor, and a true sensei to me. So yes, "You most certainly can do that... and more."

The best teachers, the best mentors, and the best senseis (one who has gone before) are at heart seed planters. They spark an idea, offer a small shaft of light, and a few drops of life-giving water to grow your own creative imagination. And when you are ready, they appear in the most serendipitous way.

(An interview with Jerry Uelsmann.)
B&W+COLOR: Looking back over your career, does anything stand out as particularly special or gratifying?

Uelsmann: In retrospect, I feel very blessed in that I intersected at key times in my life with major teachers like Beaumont Newhall, Minor White and Henry Holmes Smith, all of whom truly challenged me in positive ways.

Trace(non-registered)
You're welcome Betty, glad you enjoyed it! Jerry has been one of my senseis since I was introduced to his work in high school. A perfect example of coming into my creative life at just the "ripe" time.
Betty Girardeau(non-registered)
Really enjoyed this and could not agree more. Thank you.
No comments posted.
Loading...
Recent Posts
Aperture :: Iterations and Variations The Perfect Pairing :: Aperture and Exposure X5 Aperture :: And The Unsupported Image Format The Continued Case Against Software Subscriptions Aperture :: Make It Big Tools Too :: Photography Gear Matters ~ Or Does It? What I Want ~ Aperture '21 Photo Editing ~ The State of the Art Aperture, Noise and Film Grain:The Quest for a Filmic Portrait Black & White Done Right!
Keywords
Photography The Creative Life Inspiration Learning Creativity Imagination Invention Art Software Aperture
Archive
January February March April May June July August September October November December
Subscribe
RSS
Copyright © trace photographs All rights reserved
User Agreement
Cancel
Continue