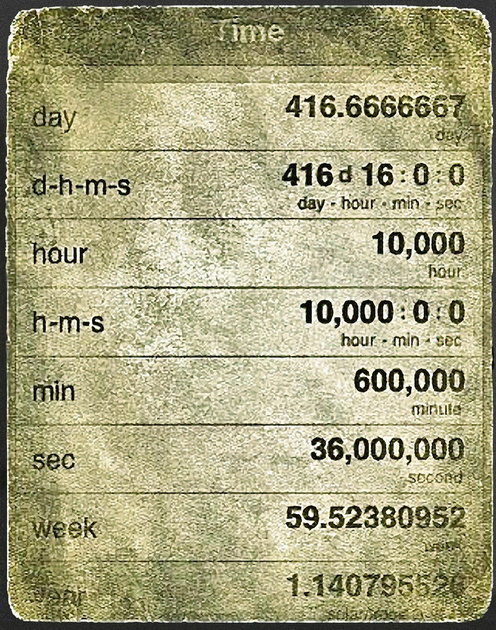 Ever wonder what 10,000 hours really looks like? In terms of days, weeks, months, etc.? How about in terms of actual artwork created? The now well known saying that it takes at least 10,000 hours to "master" something, in our case photography, has been quoted far and wide. That is, hours spent concentrated solely on the task, not multi-tasking other things. The idea is interesting, but in reality, simply concentrating for that duration alone on something will not a master make.

Personally, I never liked the idea of anyone referring to themselves as a "master" of something. That implies they have reached a pinnacle with no need for further learning from that task. It may be that others can refer to you as a master, if they see you in that light, but don't hang your hat on that moniker.

It also gets said often in photographic circles, that your first 10,000 photographs will be your worst.  Some famous photographer is quoted as saying this. Really?  I wonder about this one too. Much gets said about, and promised, that you will progress in a more or less straight-forward way, to better and better photographs by shooting more. You might indeed, if  you do one simple thing: namely learn from each image you make why it is, or isn't, successful. However you define its success, the making of it must teach you something.

Every experiment, every new process, every time I asked myself "what if...?", generated a nugget of insight that helped me create a successful image, sometimes years later. Seeds are sown in the creative life that can have a profound effect on down the road, if we remember not to forget what we've learned from our 10,000 hours and 10,000 images.

Like writers or other artists, it may be that we create some brilliant work early on, before our 10,000 anything is reached. Only then to fall into the trap of repeating ourselves, or worse yet, whatever is currently popular! Like the great filmmaker Orsen Wells who wrote, directed, and starred in the brilliant "Citizen Kane" at the age of 24, only to suffer from never reaching that level of mastery again, I have seen many photographers do truly wonderful work, I mean astonishing images, early in their career, and then become rather ordinary and doing work indistinguishable from everyone else. It's as if their wild, creative impulse became stilted by the industry. They stopped innovating and learning from their work.

"Do not seek to follow in the footsteps of the ancient ones; seek what they sought" ~ Basho