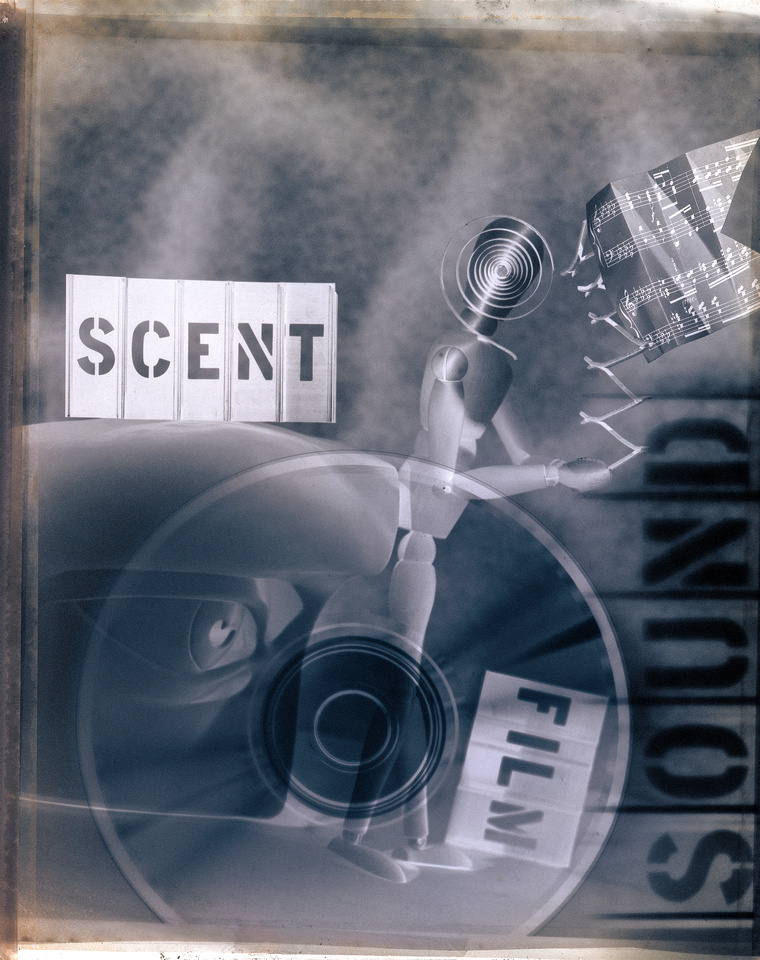 This image was originally created for an editorial cover illustrating the human senses. This one turns up the notch on creating multi-layered analog film images. Long before I was introduced to Photoshop I was creating various multiple exposure images in-camera using Polaroids and color positive films. I learned how to combine multiple images on a single sheet of 4x5 film (my record for an editorial client was 17 separate images on one sheet of film!) All this analog practice and thinking carefully about the materials I’m using made it easy to understand what  Photoshop was doing with its layers and blending mode features. 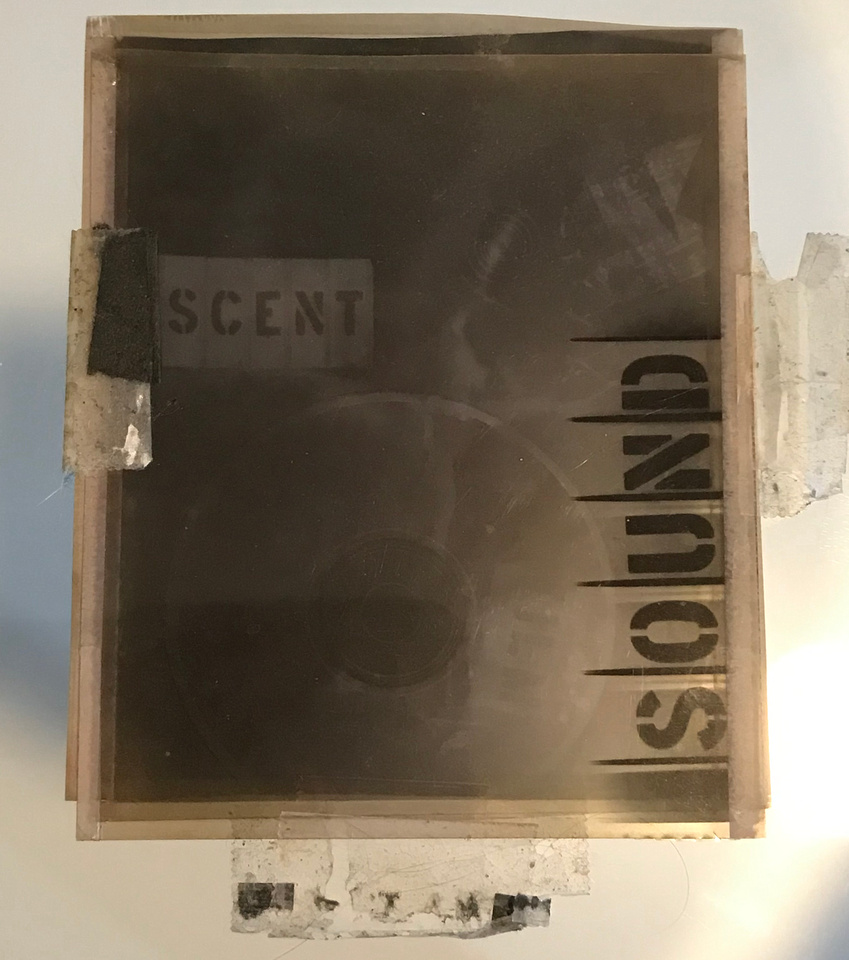 This particular image was not created on one piece of film, but is actually a literally layered “sandwich” of three Polaroid T-55 negatives. I chose to create this composite this way because I wanted more flexibility in the elements. I mixed both “negative images” with a negative of a negative (for a positive version) layered together, and by doing it this way rather than all on one piece of film, I was able to get a blending quality that only Polaroid film can (or could) offer. All three pieces of film were sandwiched together and taped together in an alignment and taped to the black mat board setup I have for re-photographing.

The image on the far right is the negative of the negative of the lettering (a positive) that added a variety to the image that would not be possible if everything was included on one piece of film. I had to think about how to include the disc since putting it in the main image it would’ve blocked other elements. I needed it to have a transparent quality, and I could only get that by photographing it as a separate layer and using the Polaroid’s qualities to achieve that. This is what thinking about your materials and what unique qualities they have so they can be “bent” to your will looks like. To illustrate the human senses as requested, I chose a plaster cast of the “Eye of David” for vision, a wooden posing mannequin with a spiral watch spring for an “ear” and carrying a flag of music to illustrate the sense of sound, the word “Scent” is obvious, “Film” adds to the vision sense and plays to the Eye, and the disc can be both sight (DVD) and sound (CD). Each layer was carefully aligned so everything works compositionally as a whole. The final part was photographing this taped, layered Polaroid image onto a 4x5 positive color chrome film, which gives the blue tone to the image.