Aperture :: And The Unsupported Image Format 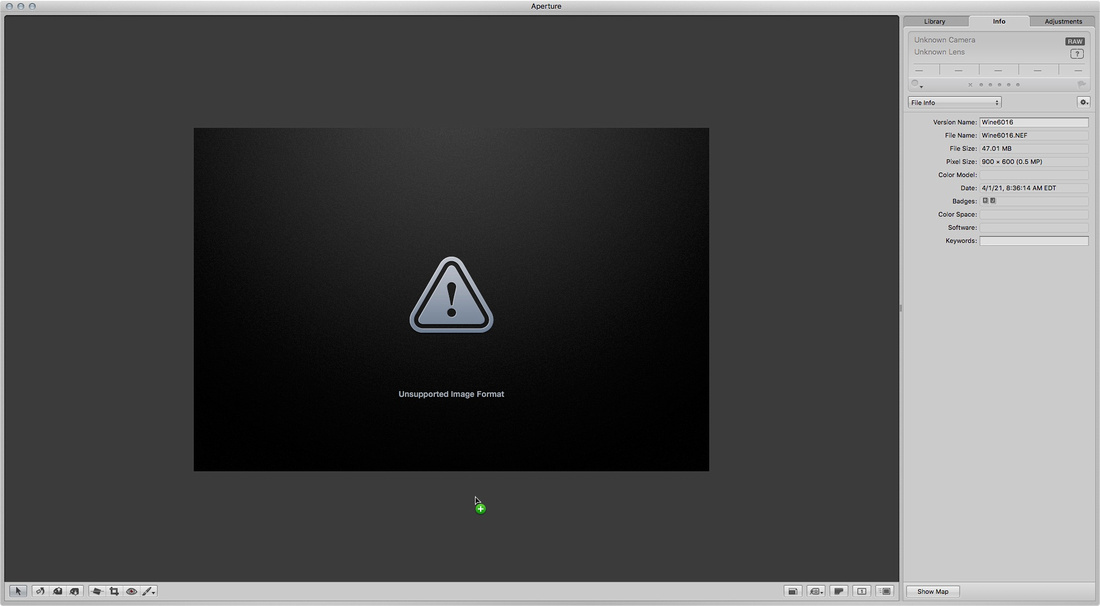 If you are an Aperture user (I know, we are a very small but dedicated and scrappy bunch), this is the one thing you hope never to see! This dreaded image will appear after you import a RAW file that Aperture doesn't support, which includes most any camera that came out after 2015. The complete list of compatible cameras and their RAW formats for Aperture is here. In my Aperture Users Group there are a lot of discussions about having to move on from the discontinued Aperture and what alternatives are available. I have addressed some of those discussions in previous posts and why I will continue to use Aperture for the next 10+ years. Probably the biggest issue with members of the AUG is the above incompatible RAW image format. Fortunately Aperture does support my current camera files, but what if/when I upgrade to a new unsupported camera? 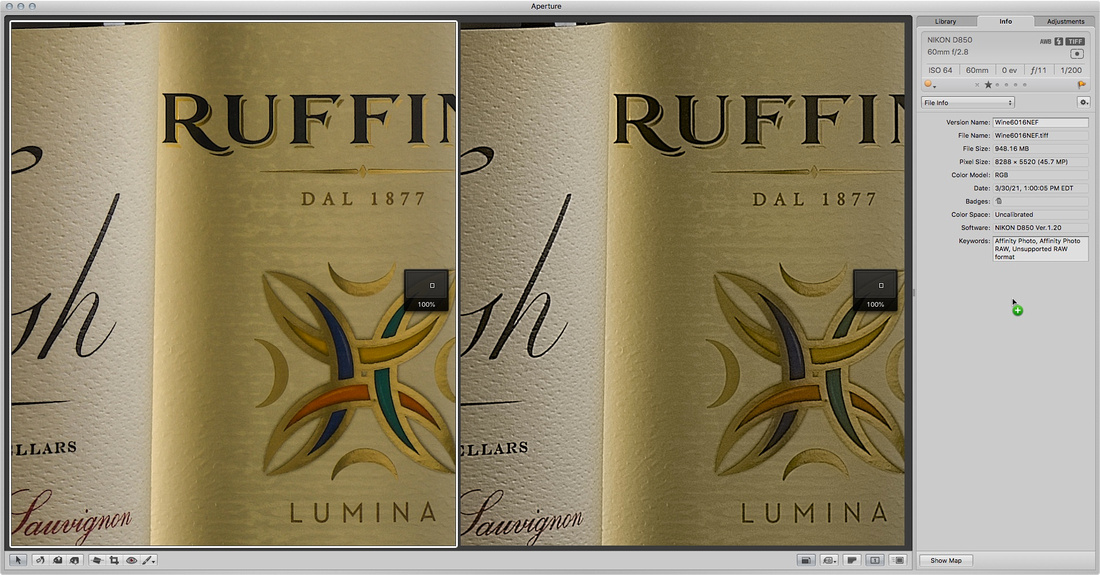 So to experiment a solution I asked a fellow photographer to send me a RAW file (Nikon) that I knew was unsupported by Aperture. I decided to process the file first in Affinity Photo RAW, and render it out as a 16-Bit TIFF file to import into Aperture. I then did the same using Exposure X5 to see what differences there were between them. As you see the Affinity RAW render did much better overall, and the colors were truer. I could have tweaked the Affinity file more as you have complete control over how your RAW is rendered. The Exposure X5 version rendered odd colors and was significantly sharper (too sharp even), but that was because Output Sharpening was set to "medium/glossy" in the export dialogue. 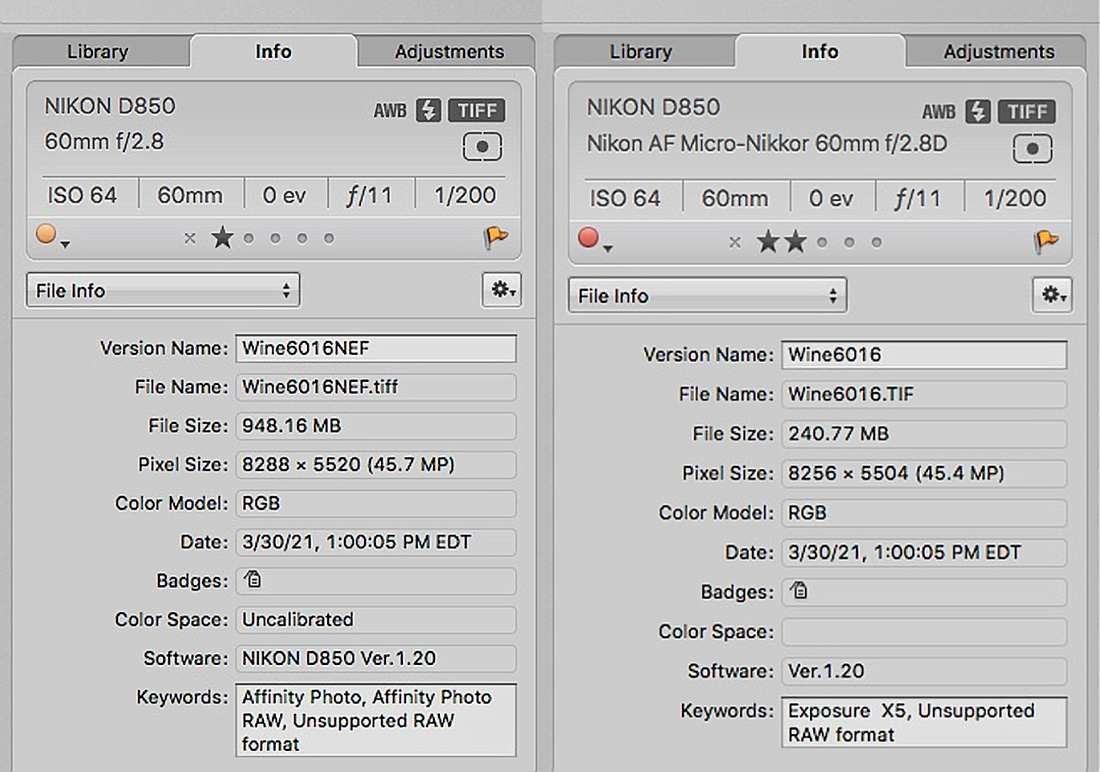 Although both versions were exported as 16-Bit TIFFS and imported into Aperture, their file size and pixel size were oddly different. 🤷🏻‍♂️  I think the pixel size difference may be explained by the fact I checked the Lens Correction box in Affinity Photo's RAW Persona which slightly adjusted the image. Exposure doesn't give you the option to apply Lens Correction, and it doesn't appear to by default. 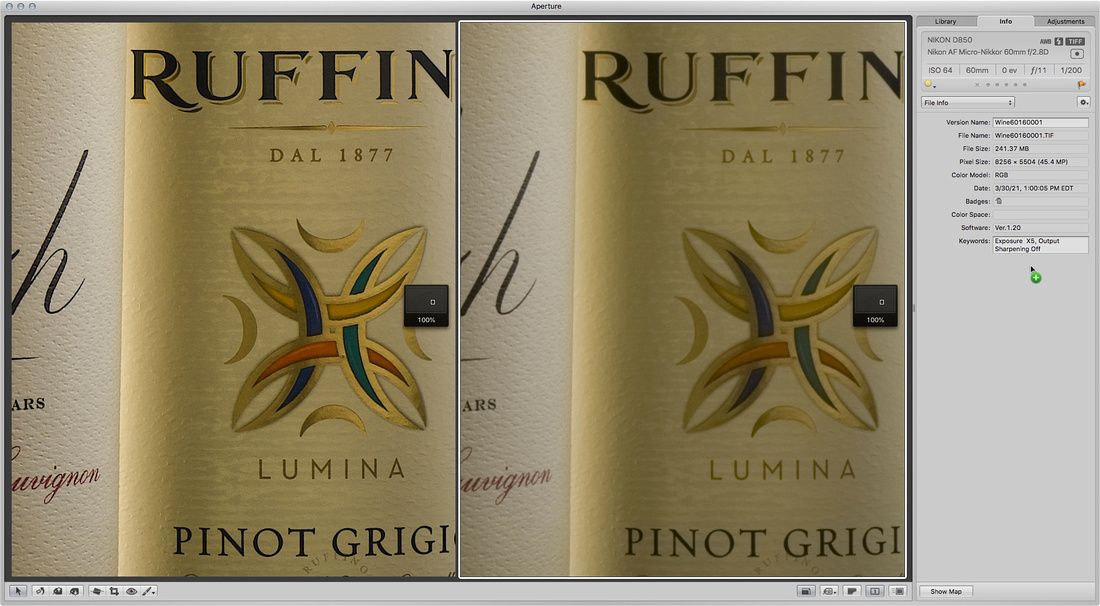 I re-exported the Exposure X5 render with the output sharpener turned off, and it was now significantly softer than the Affinity version. As I've said before I don't rely on Exposure to be my RAW processor, and with good cause. Now as great as Affinity Photo's RAW Persona is for creating the best render with a lot of tools, it's not very efficient for quickly processing a large number of images (at least until Affinity brings us its DAM app, which is in development.) So what do I already have that could process a large number of RAW images that Aperture doesn't support? Oh yes, the app Apple brought us to replace Aperture and in fact comes free on all Macs: Apple Photos! 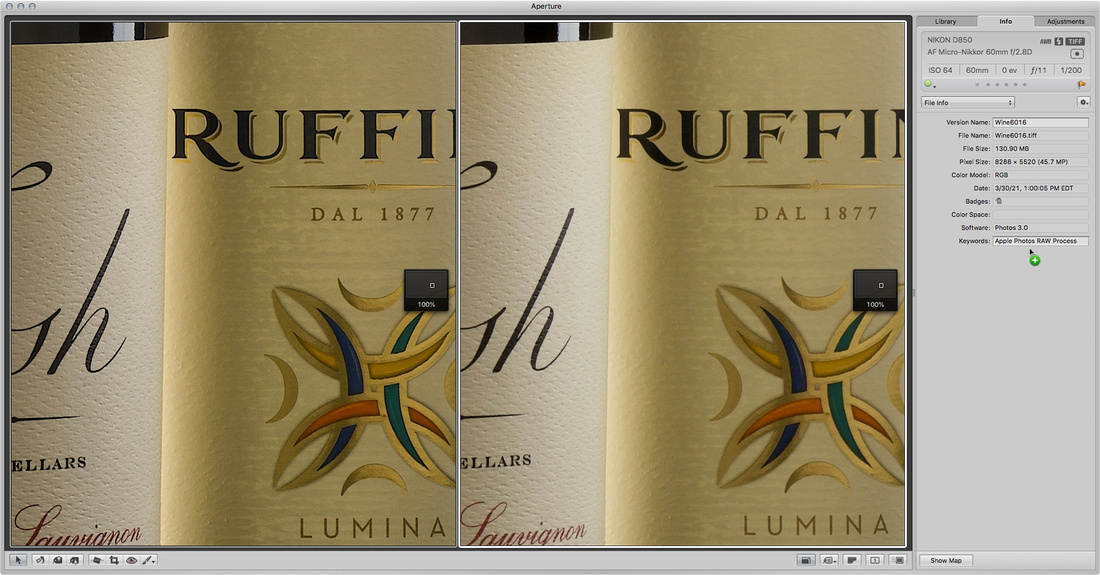 As you see Apple Photos did an admirable job with the RAW render compared to Affinity Photo RAW, and that may be in large part because I have Affinity set to use the Apple (Core Image RAW) engine that Photos also uses and comes built into the MacOS. Sadly since Aperture was discontinued in 2014 it can no longer access the updated Core Image RAW engine. 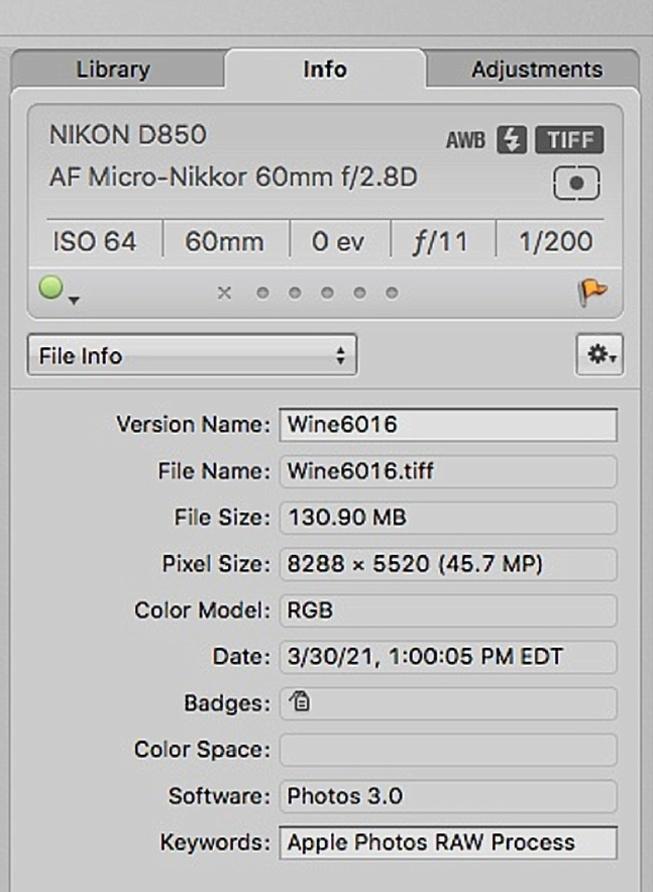 Apple Photos rendering out a 16-Bit TIFF file also gave me an "unusual" file size compared to the other two versions. I have no explanation for it. 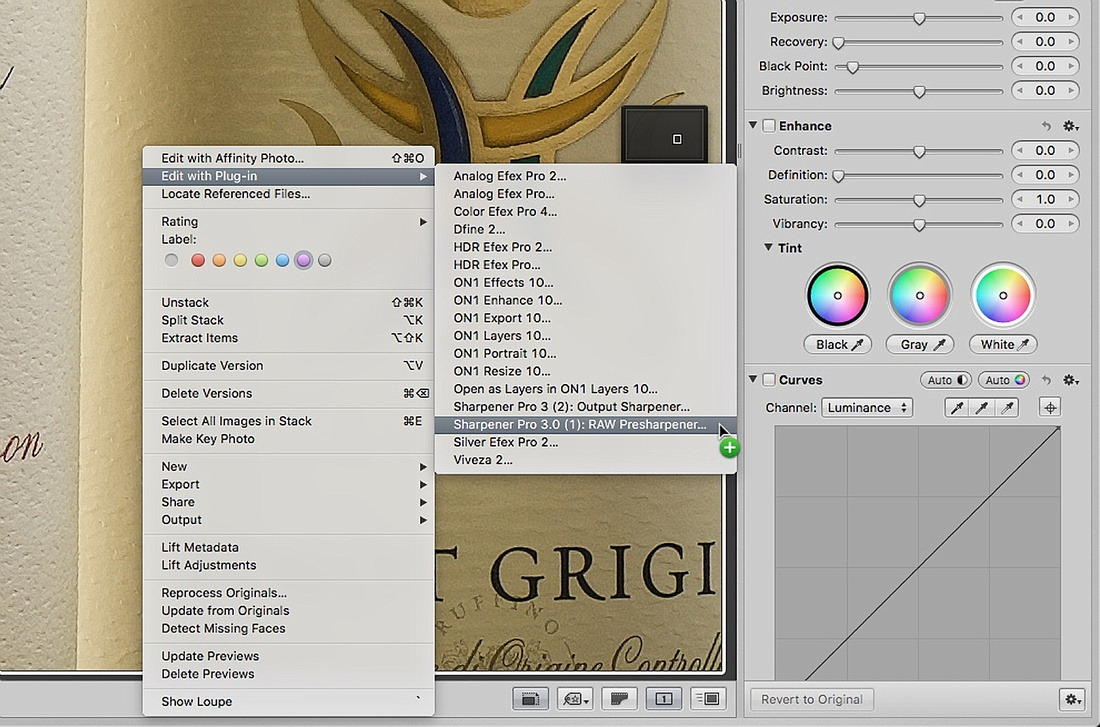 I decided the Apple Photos version could use a little more sharpening (yes, I could've done that in the Photos app) and decided to give the NIK Sharpener Pro 3.0 RAW Presharpener a spin. It's a real simple, basic tool that does one thing well. I chose to do that over adding an Aperture Sharpening Brick which renders sharpening a bit differently. If this had actually been a supported RAW image in Aperture I would've had access to the built in RAW Sharpener which is quite good. 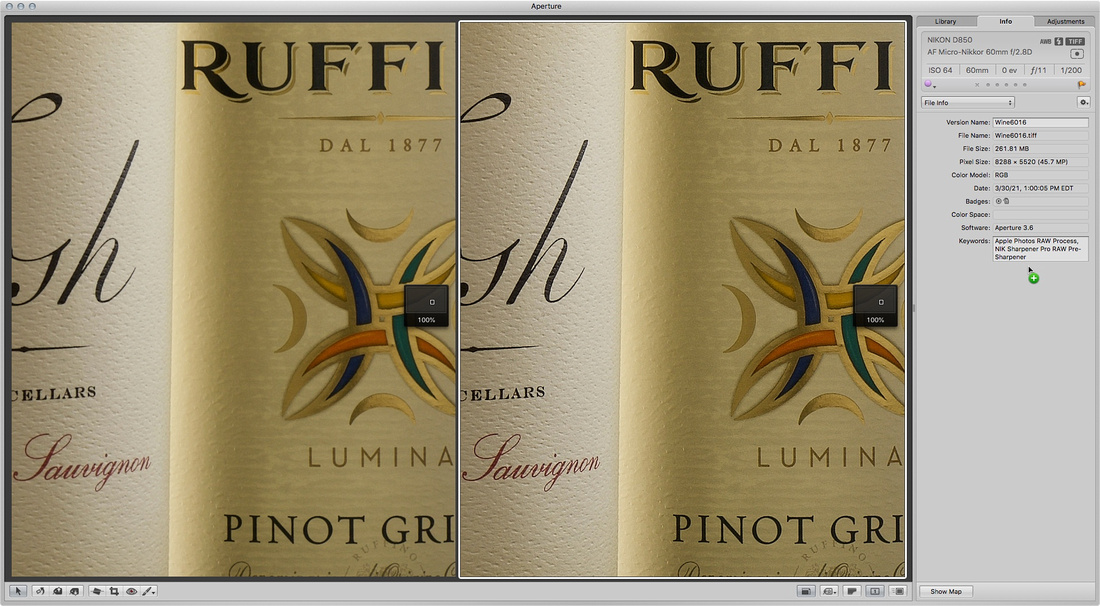 That bit of RAW Presharpening was just the touch this image needed. I'm really happy I have the tools to deal with the issue of Aperture not supporting image files, and can process a large number of images if I need to. I do need to change the location of where Apple Photos stores images/imports to a roomy external drive so my system doesn't bog down. My Aperture Library and Vault are on separate external drives, so once this last link is done I'll have my workflow all set.

This is what works for me, but as an alternative you can use the proprietary RAW processing software that comes with every camera sold. Although it will likely be pretty basic and not very pretty to look at, it will get the job done. Where there is a will, there is a way! 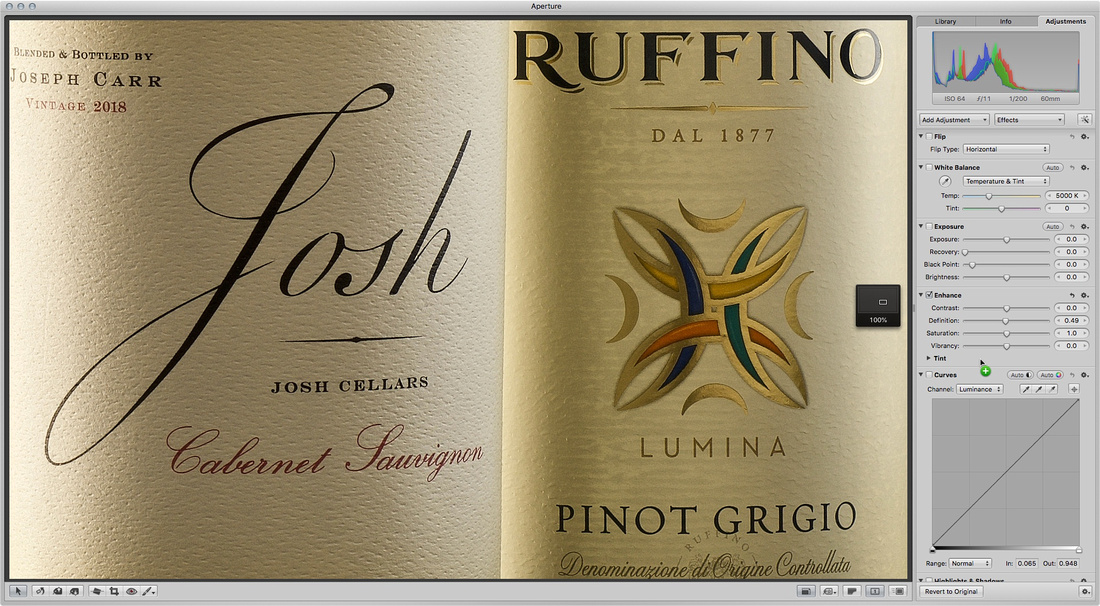