Tools :: On Why Gear Really Does Matter 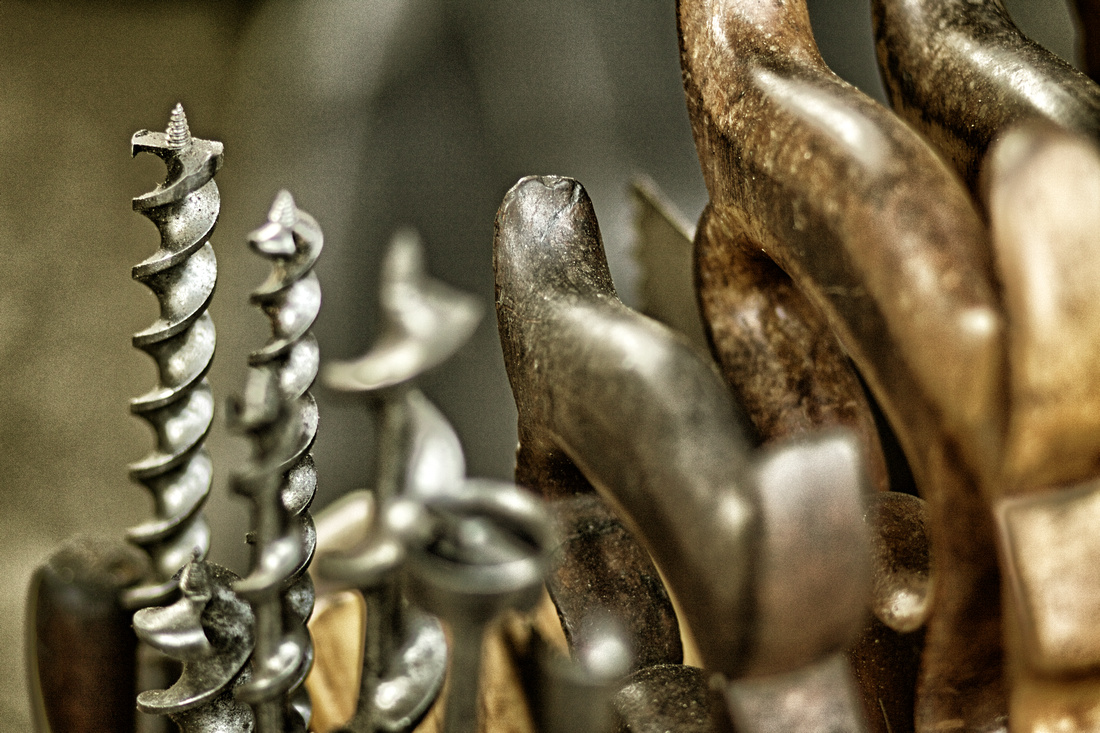 So you think gear doesn't matter? Or maybe you are on the side of those who are all about the supremacy of gear at the expense of creative expression? So many folks side with one or the other, or split the difference for the sake of peace and tranquility. If gear does matter, then the arguments go to which gear matters more. It's always interesting and fun to sit with a group of photographers, preferably at some outside café, and talk shop.

I love the argument that says, "Well, do you think Picasso and his artist friends argued which brushes were best?", or that other professions like plumbers don't discuss the tools of their trade like photographers do. Fact is, we weren't privy to those enchanting discussions between Picasso and his group at the Paris cafés, or sit with a gathering of plumbers or (insert trade) in order to know what they discuss. But, humans being humans, in all walks of life, we talk about "gear."

We talk about techniques, vision, style, sensibilities, taste, trends and the tools that make those things possible. And that is what gear is: tools. Cameras/lenses, software, film, hardware, and all the accompanying accessories that go with, are simply tools. Tools of the trade. Nothing new there.

But why it is important as I see it, as important as the creative vision itself, is that the tools make possible the vision to exist. If the argument goes: "it doesn't matter what hammer you use, they all pound nails..."  I would agree with the last part, not the first part. I would not use a hammer that caused blisters or was awkward to use. It might be fine for someone else, but it doesn't fit me. If a tool, a camera, lens, software or other hardware tool doesn't create some spark of excitement in you to pick it up every day and learn it, play with it, experiment with it, and discover new possibilities with it to create what is your vision, why bother with it?

That's why questions about which gear is best for someone can't really be answered by anyone else. It's a matter of personal taste and what fits you. You can discuss, argue, and research until the cows come home, but in the end, you have to be excited enough by your tools to want to use them. The first camera I ever used was an old Yashica Mat twin-lens reflex camera (think Vivian Maier) borrowed from the high school photo dept.,  which I thought of as a Cracker Jack box: a boxy film camera with a prize inside. That prize was the exposed film, my image, that I was going to make into art. I didn't care much for the camera then, it was just a means to an end.

One day a fellow student, sporting a fancy 35mm camera and new lens, took to berating me for using a beat up old school camera, while he had the best camera money could buy. I really didn't know what to say. I guess I had my first "hater" as early as high school! My wonderful photography teacher, hearing this from his office, came out in an indignant sort of rage and proceeded to put this student in his place, saying that I, with my worn used camera could out shoot him any day, and no matter what camera this fellow student had, he couldn't shoot his way out of a wet paper bag! Way to go, Don!

I never looked at gear the same after that. It was important, all of it. But what matters most lays in how you use it!  The marriage of all the elements from vision to tools, to final image, and everything that goes into the process matters. The process matters!  One thing I love in these incredibly creative times is the tools, as evolving as they are, are readily available to try out, and see what fits. You can rent most any camera, lens and accessory you want, before you commit to buying something based on someone else's opinion. Places like LensPro To Go, and BorrowLenses are great resources to try out all kinds of gear, get to know it, and see if it's the right tool for you.

So, the next time someone tries to tell you gear doesn't matter, or that it should take a backseat to creativity, just tell them with a knowing smile that, "they go hand-in-hand".

Tony K(non-registered)
I know this is an older post, but you're exactly right. I argue about this with folks all the time, even my wife, when I'm trying to budget for some new gear. Granted, I have about eight expensive hobbies ;) , but good gear helps produce good results, and great gear helps produce great results. My lovely wife scoffed when I told her I wanted to get a new 50mm f1.4 because I wanted to take better portraits. The lens I was using at the time was a 28-80 f3.5 that was about 20 years old (still makes great photos, though). After I picked up the Nikon 50mm f1.4G and snapped a few of our little 1 year old boy, her entire attitude changed. She's all about the nice lenses now. Just as well, if I'm painting a landscape or a portrait, or even drawing one, great gear is essential. There's a reason Eddie Van Halen's guitars are worth about $3500 each. They don't suck. They're easier to play, and easier to get great sounds out of. I know, because I own one. :) The better gear a person can afford, the better gear they should buy.
José Manuel Santos(non-registered)
I could not agree more. It is essential that we can express our view of things by the best means and tools that we can have. Help us to enhance what we can get most.
No comments posted.
Loading...
Recent Posts
Aperture :: Iterations and Variations The Perfect Pairing :: Aperture and Exposure X5 Aperture :: And The Unsupported Image Format The Continued Case Against Software Subscriptions Aperture :: Make It Big Tools Too :: Photography Gear Matters ~ Or Does It? What I Want ~ Aperture '21 Photo Editing ~ The State of the Art Aperture, Noise and Film Grain:The Quest for a Filmic Portrait Black & White Done Right!
Keywords
Photography The Creative Life Inspiration Learning Creativity Imagination Invention Art Software Aperture
Archive
January February March April May June July August September October November December
Subscribe
RSS
Copyright © trace photographs All rights reserved
User Agreement
Cancel
Continue