On Jobs, Apple, And The Pursuit Of Excellence 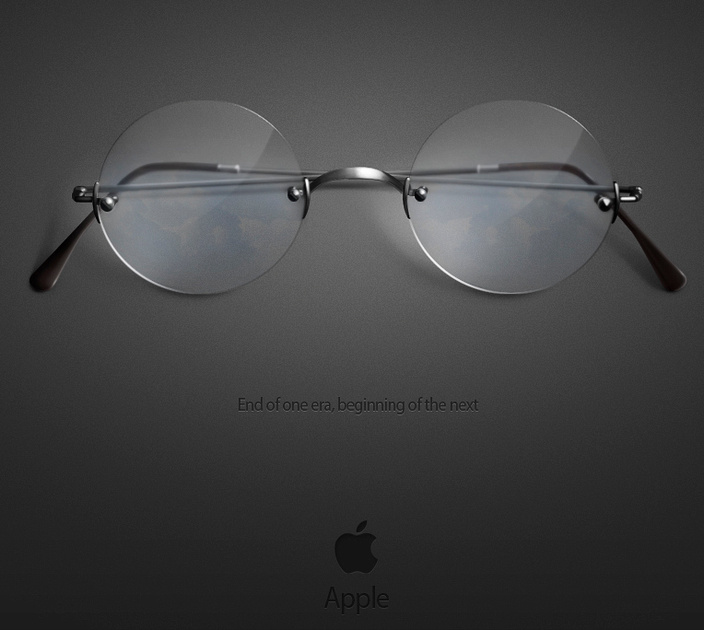 Some two years + since Steve Jobs passed on, his legacy for the pursuit of sheer excellence is still alive and with us, in many areas of creative work. I have recently finished reading his biography by Walter Isaacson (I know, a little later than most), watched the film “Jobs” starring Ashton Kutcher in the title role (boy, did they skip a lot of things!), and have been watching all the available Apple Keynotes going back to 2007.

All of this shines a great light, whatever you may think of the man himself, on a mind consumed with excellence, and the elegant, simple purity of design. You marvel at the unbending will to go to such lengths for the absolute beautiful. I get this, I do. Apple has a wonderful video that opens their WWDC (World Wide Developers Conference) 2013 Keynote address from June 10th of this year. It is a truly creative piece of graphic elegance and whimsy that conveys so clearly what is most important to Apple. I love the last line, which reads, “Only then do we sign our work.”

As artists, we know that signing our work is the final act that says to the world, “I give you a piece of myself.” It’s not a thing done lightly, but with great deliberation, when we are certain everything is just so. When we believe our utmost has been achieved, or simply that there is nothing left to either add or take away from a piece.

Watching the behind-the-scenes making-of “The Lord Of The Rings” by Peter Jackson (on the extended version DVD), you get the same sense of the great lengths that a group of dedicated, creative souls put into every nuanced detail of that production in order to make a masterpiece of filmmaking. The finest details, that no one would ever know were there but the people involved, that makes excellence! I love how three weeks after winning the Academy Award for Best Picture, and Best Director, Peter Jackson shot extra footage to add in some cuts for the Extended Version DVD! He was still perfecting an already acknowledged masterpiece.

Does it matter? Hell Yes! It is the very thing that makes someone realize, without really knowing how or why, that they are taking part in excellence. The very best photographers, the ones doing the most intriguing, creative, and stunning work, are all going to the greatest lengths in pursuit of their own excellence. This isn’t about producing “slick work”. Rather it is about creating such excellence that the effort to do so doesn’t show.

Even a technically inferior, or sloppy image can be an example of the finest work, if the artist creating it has achieved something you intuitively perceive as excellence. This is why not everyone creates such work; because not everyone feels the need to reach for excellence (however they perceive that), or they feel that no one else will care. When we are all about pursuing our own excellence, we do it so we know it is there, that we have achieved it. Don’t expect others to grasp it. That’s the point.

Steve Jobs obsessed about the perfection of the alignment of the chips on the circuit board on the first Apple computer, something no one would ever see! But he would know it was there, and the perfection lay in the integrated perfection of the whole and the parts. All creative endeavors, including photography are the same way. You simply know when the effort was there or not. It shows somehow.

Strive for your excellence, it truly does matter, and know also that you will always be pursuing new levels as you go. That is the funny thing about this: if you are creative, you never reach the end of excellence!

trace photographs
Thank you Nancy, from your mouth to the Viral God's ear! Hands may be small, but the heart is beyond measure!
Nancy McGregor(non-registered)
Well said. A post that ought to go viral among thinkers, dreamers, and imagineers that pursue the best of themselves. "My hands are small, I know..."
No comments posted.
Loading...
Recent Posts
Aperture :: Iterations and Variations The Perfect Pairing :: Aperture and Exposure X5 Aperture :: And The Unsupported Image Format The Continued Case Against Software Subscriptions Aperture :: Make It Big Tools Too :: Photography Gear Matters ~ Or Does It? What I Want ~ Aperture '21 Photo Editing ~ The State of the Art Aperture, Noise and Film Grain:The Quest for a Filmic Portrait Black & White Done Right!
Keywords
Photography The Creative Life Inspiration Learning Creativity Imagination Invention Art Software Aperture
Archive
January February March April May June July August September October November December
Subscribe
RSS
Copyright © trace photographs All rights reserved
User Agreement
Cancel
Continue