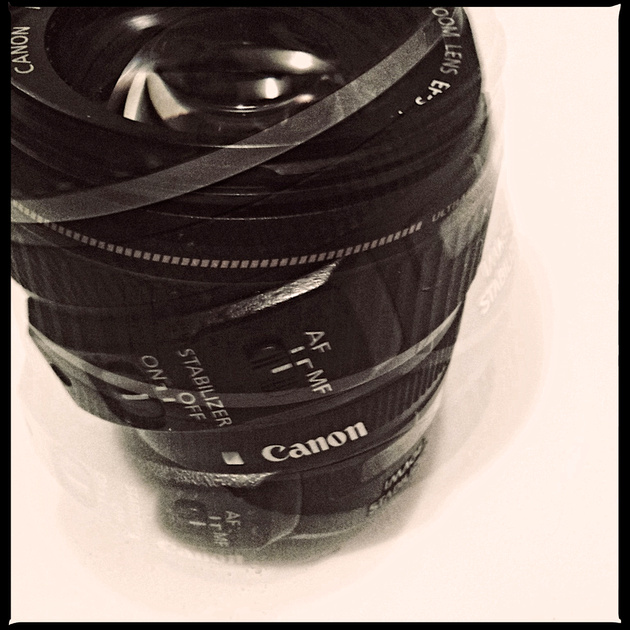 So, what to do when a good lens goes bad? Let me explain: The other day I was on location shooting portraits when my 17-85mm Canon lens gave me an error message that the lens contacts were faulty. Turning the camera on/off, taking the lens off and remounting it, all failed to correct the issue. Damn! @#%$&&!

I pulled my 85mm 1.8 out (best portrait lens Canon has made for the price!) and worked the shoot with that lens only. While I made some beautiful images that day, I was limited in what I wanted to do. Being limited is not such a bad thing, in fact I often encourage it, but on a client shoot, it's not ideal if it's unexpected. When I got back to the studio, I mucked around with the lens, trying to ascertain the problem. I "accidentally"  played worked with the depth- of-field preview button, and heard an ill sounding whirring noise, and the lens had problems catching focus on auto-focus mode.

When the DOF preview button finally stopped working altogether, the lens was closed down to its smallest aperture, and frozen there. This lens was DOA. Now, given that it was a kit lens with my first Canon DSLR many, many moons ago, and I've run it through some serious paces over several years now, I'm not totally surprised it gave up the ghost. But, it can be repaired, right? Mayperhaps, but the cost would likely be more that it is worth, and there are far better lenses to focus on (see what I did there?!). I'll look at whether I want to go with all primes, or get a really good wide zoom.

In the meantime, what to do with a frozen at f 32 17-85mm 3.5-5.6 Canon lens? Paperweight?  Convert it into a coffee mug? Strip it down for parts? I have a better idea: I'm going to use it as my "what if?" lens. I did some tests, and even though the aperture is frozen at f 32 making viewing through the viewfinder nearly too dark to see anything (think 10-stop ND filter on your lens visibility), I can still manually focus the lens somewhat, and the in-camera exposure meter will give me an accurate reading on the scale, even if the aperture info displayed is wrong (the lens aperture setting is not being read by the camera, as the electronic contacts are faulty). The camera can determine the amount of light coming through the lens to the sensor, and give an accurate shutter speed to use in manual mode.

I can use this lens as a creative tool for abstracts, blur-motion, and other effects, and still get more years of life out of her. It will be my experimental visual lens of choice from here on out. A lesson learned on not giving up on something, simply because it fails in one use... find another use in what you have. Recycle, re-purpose, and reuse!